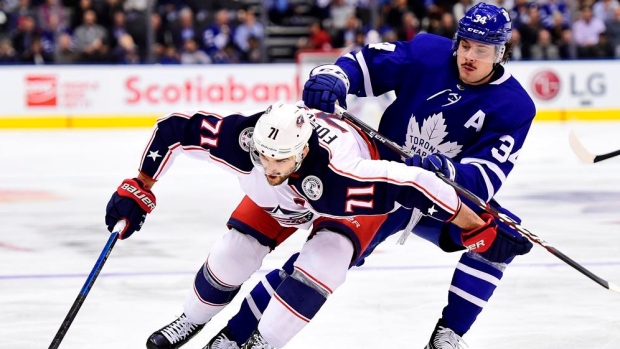 The National Hockey League’s Return to Play format is official, and assuming all goes to plan, we are about six weeks away from watching hockey once again.

The new format – in the event you live under a rock – will feature 24 teams in total, and will open up with a 16-team qualifying round. The opening best-of-five series offers new life to eight teams that were below the original playoff cutline, and should create waves of excitement for eager sports fans.

With such a significant layoff, there will be ample questions about preparedness for every team. But the good news is with 70 or so regular-season games logged, we do have a rather strong understanding of each team’s strengths and weaknesses.

To shake off the rust here, I will preview each qualifying round series over the next few weeks. Today we will start in the Eastern Conference, with the eight seed Toronto Maple Leafs taking on the nine seed Columbus Blue Jackets. 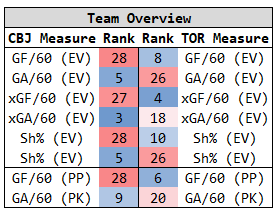 One of the things that I think makes a Toronto-Columbus matchup so intriguing is that the teams are polar opposites.

The Maple Leafs are a high-flying offensive team with loads of superstar talent up front, and carried one of the league’s more prolific offences through the regular season. Toronto’s 3.4 goals per game was actually third in the league, trailing only Tampa Bay (3.5) and Washington (3.4). Despite the wondrous offensive production, Toronto is still just an eighth seed – in large part because only five teams gave up more goals per game (3.2). Elite offensive team, shaky defensive team

The Blue Jackets live on the other end of the spectrum. Their 2.6 goals against per game was fourth best in the league – a surprisingly strong performance considering the exodus of talent from Columbus last summer. In many ways, it’s a classic John Tortorella team: incredibly disciplined in the defensive zone, with five-man units that show very capable in pushing opposing forwards well into the perimeter.

It’s also a classic Tortorella team because scoring was a problem all season long. 5-on-5 scoring and power-play production – which has been an area of concern for a few years now in Columbus – are ineffective, in large part because the team cannot create offence from the low slot: 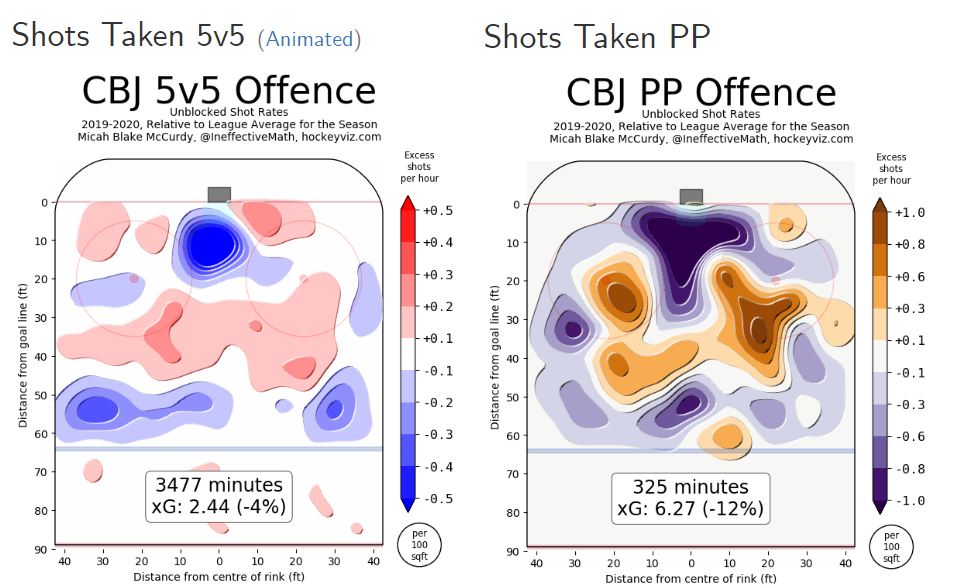 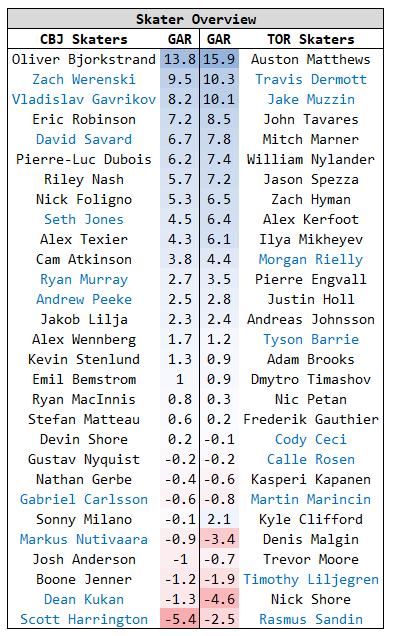 There is no doubt that Toronto’s Auston Matthews is the best skater heading into this series. Matthews’ fourth professional season was absolutely electric, with 47 goals and 33 assists in 70 games played. The season stoppage ultimately barred him from chasing down the Rocket Richard Trophy, finishing just one marker back of Boston’s David Pastrnak and Washington’s Alexander Ovechkin.

What differentiates Matthews from a number of other prolific scorers in Toronto is that the Maple Leafs showed a semblance of defensive competency with him on the ice. Toronto was a full goal better than its opponents for every 60 minutes of even-strength play with Matthews on the ice – a number that compares to the likes of Mark Stone and Evgeni Malkin.

Matthews isn’t the only player in the series to drive such an impressive on-ice goal differential, though. Oliver Bjorkstrand – the 25-year-old Columbus forward in the midst of his own breakout season – also finished a goal better than his opponents per 60 minutes, coming into his own with linemates Gustav Nyquist and Pierre-Luc Dubois.

But the story of Columbus ultimately centers on their blueline. The team’s top pairing of Zach Werenski and Seth Jones has become one of the most formidable defensive duos in the league, and Toronto’s top-six forwards are going to see an ample amount of both in this series.

The Jones/Werenski pairing is strong on both sides of the ice, and over the years it has led to some incredible goal rates. By season:

For Toronto to prevail in this series, neutralizing Columbus’ best units – anchored by the Jones/Werenski pairing – will be critical.

The questions about how porous the Maple Leafs defence has been this season has been quite tough to answer, if only because the goaltending has been comparatively abysmal. For every scoring chance where the blueline left a Toronto goalie out to dry, you had another lifeless shot from the point that somehow found its way in the back of the net.

Frederik Andersen did improve as the season progressed, and the acquisition of Jack Campbell from Los Angeles did prove to be a major upgrade over Michael Hutchinson. Andersen will be the guy in this series, but it’s probably fair to say he doesn’t have the longest leash of goalies in the qualifying round.

In Columbus, Tortorella had tough decisions to make in the post-Sergei Bobrovsky world. His tandem of Elvis Merzlikins (33 games) and Joonas Korpisalo (37 games) proved more than capable, and were one of the biggest reasons the Blue Jackets stayed in the hunt this season.

But in a short series, the value of a rotational goaltender system is diminished – Tortorella ultimately has to pick one. The games played edge would seemingly give it to Korpisalo, but on performance, Merzlikins was a definitively better goalie. I would be surprised if the Latvian isn’t given the Game 1 start.

If anyone is still counting out Columbus after last season’s unbelievable sweep of the Tampa Bay Lightning, they are foolish. This is a strong, defensively disciplined team that’s going to scratch and claw for every inch of the ice.

But this Toronto lineup just has too much firepower in the forward ranks, and there are serious concerns about where the scoring will come from on the Columbus side.

The pick is Toronto in five.