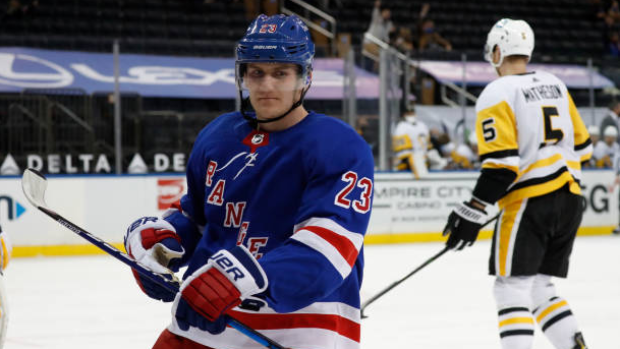 While it may not be playoffs or bust for the New York Rangers, defenceman Adam Fox says the expectations are higher for the team entering this season.

The reigning Norris Trophy winner told the NHL@TheRink podcast Wednesday it's time for the Rangers to take a step forward after missing the playoffs for the third time in four years last season.

"You can only say you're a young team for so long or you're only in a developmental phase for so long," Fox said, who had five goals and 47 points in 55 games last season. "We have pieces and a lot of really good players, so I think it's probably playoffs or it's a disappointing year for a lot of guys. It starts in camp and gelling together. We did bring in a few pieces, guys with experience. We're all excited to get going and the playoffs are a goal for everyone in that room."

The Rangers added two-time Stanley Cup winner Barclay Goodrow and tough guy Ryan Reaves to their forward group among their moves this off-season. Reaves will be reunited with former Vegas Golden Knights head coach Gerard Gallant, who is also entering his first season on Broadway.

"We brought some guys in with more experience, guys with more defined roles," Fox said. "You hear the playoffs and everything, but I think every team wants to make the playoffs going into the year. I don't think anyone is going in to lose games. New coaching staff, a few new players, so it's a step-by-step process."

The Rangers, who were swept in the qualifying round of the 2020 playoffs by the Carolina Hurricanes, haven't won a playoff game since 2017.