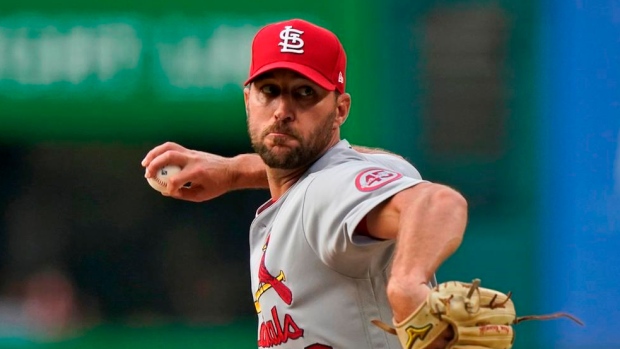 DeJong’s two-out, two-run drive in the seventh inning off Bryan Shaw (3-5) put St. Louis in front 3-2. Harrison Bader also homered, doubled twice and stole a base as the Cardinals moved back over .500 at 51-50.

“Shaw has been around the league for a while, so I know what he has,” DeJong said. “I just tried to simplify things and was hoping the ball would go out.”

Wainwright (8-6) went seven innings and earned his 175th career victory, extending his franchise record to 33 stadiums pitched in during the regular season. Seattle reliever Joe Smith is the active leader with 37.

The 39-year-old Wainwright gave up four hits, including a two-run homer to José Ramírez. He struck out eight and walked two.

“I walked down to the batting tunnel instead of the bullpen because I’ve never pitched here before,” Wainwright said, chuckling. “I do remember the clubhouse, I think, but Cleveland is not somewhere we’ve been to a lot in my career.”

St. Louis tacked on an insurance run in the ninth when reliever Phil Maton walked Dylan Carlson with the bases loaded. Alex Reyes picked up his 24th save in 25 opportunities.

Bader has multiple hits in six of the last eight games and is batting .384 (28 for 73) since returning from a fractured rib on July 1.

“Harrison took a bunch of real good at-bats tonight,” Wainwright said. “And that was a huge home run by Paul against a really great reliever.”

Cal Quantrill matched his season high with six innings for the Indians, allowing four hits, including Bader’s homer. The right-hander exited with a 2-1 lead and has not lost in nine starts since June 6.

Ramírez put Cleveland ahead 2-1 in the fourth with his 21st homer. The Indians have lost 16 of 23 to sink into seventh place in the AL wild-card race, possibly making them a seller heading into the trade deadline Friday.

“I’m concerned because of the games we’ve lost, but it’s our job to come back out and go get wins,” Ramírez said.

Wainwright and 10-time All-Star Yadier Molina made their 293rd start as battery-mates, which ranks fourth all-time. Molina went 0 for 4 after a three-game absence with a stiff neck.

“Adam was tremendous again,” Cardinals manager Mike Shildt said. “He made pitches when he needed to.”

Indians manager Terry Francona returned to the dugout after missing the previous two games with a head cold. Francona is six wins away from tying Hall of Famer Lou Boudreau’s franchise record of 728 victories.

Shildt will employ a four-man rotation in the short term, taking advantage of three off-days in an eight-day span. RHP Johan Oviedo was optioned to Triple-A Memphis, but is likely to return to St. Louis when eligible on Aug. 5.

RHP Jack Flaherty, who has been on the injured list since June 1 with an oblique strain, struck out three over two scoreless innings Tuesday for Memphis and could be activated in mid-August.