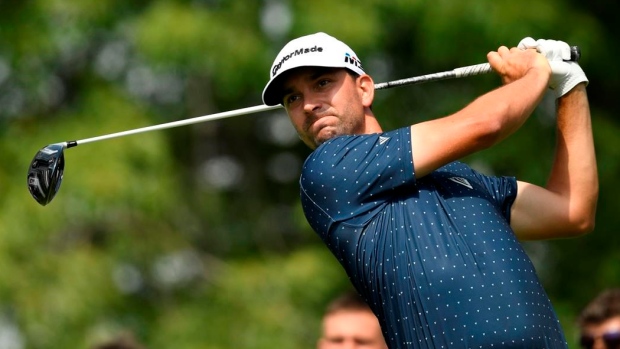 At 18, Michael Gligic embarked on a professional career that he hoped would some day lead him to the PGA Tour. After a lot of hard work, sacrifice and nights in budget hotels, he’s finally made it more than a decade later.

Gligic was one of 25 players who graduated from the Korn Ferry Tour last week, finishing 17th on the points list and locking up privileges on the big circuit. It marked the end of a long ride of golf in the minor leagues and proof of just what dedication can deliver.

“It’s pretty crazy,” said the Burlington, Ont., native. “It’s still a little hard to believe. You work so hard, and this is my 11th year as a pro, and I played a lot of mini-tour golf during that time. You wonder if the dream will ever come true but I kept my head down and worked hard and it’s finally coming through.”

The long journey started when he was a junior and his parents would drop him off at Hidden Lake GC in Burlington, Ont., in the morning and then pick him up at night when he’d be chipping and putting with glow-in-the-dark balls.

It wound through a junior program at Glen Abbey run by Sean Foley, who remains in Gligic’s camp to this day.

And it continued when he turned pro just before his 18th birthday, earning a spot on the then-Canadian Tour.

That’s where the road became especially tough, with plenty of missed cuts and dashed hopes.

After two seasons in Canada, he put golf on hold and thought about becoming a real estate agent. But the passion returned and in 2011, he won the Mackenzie Tour’s qualifying school. The next season, he captured the stop in Edmonton, giving him a slush fund to fuel more tournaments and refuel the dream.

However, that one burst of success didn’t lead to bigger things. Gligic continued to criss-cross Canada and had some good weeks. He kept his privileges by finishing inside the top 60 five consecutive years. But whenever he tried to move up to the then-Web.com Tour via the Qualifying School, he’d falter. On a couple of occasions, he missed the final stage by a shot.

“I’d be lying if I didn’t say that happened multiple times,” admitted Gligic when asked if he considered packing it in. “It’s one of those things that you ask yourself, playing on the Mackenzie Tour, ‘how many years am I going to keep going?’ Every time I didn’t get through Q-school I kept asking myself that.”

His stalled career was not only frustrating, it was expensive. Traveling from coast to coast in Canada and playing for relatively small purses makes it difficult to bankroll any cash or even break even.

“It’s very tough,” stated Gligic. “If you don’t come from a family that has money or have some sponsors, it gets very, very difficult. I’ve been fortunate to have some pretty good backers that have helped me along the way, but it was still very tough even with some financial help.

“Mini-tour golf and the Mackenzie Tour can get real expensive in a hurry and you’re not really making a whole lot. It’s one of those things where you keep asking yourself how long do you want to keep doing this?”

The 29-year-old said that many nights were spent scouring the Internet looking for the best deals on hotels and choosing anything that would save a few bucks. It was the same with car rental and flights and meals.

Finally, last year, Gligic made it through the qualifying to reach the Korn Ferry Tour. Perhaps all the years of experience paid off – in his fifth start he won the Panama Championship, all but assuring himself of one of the 25 PGA Tour cards available via that circuit. He ensured his place in that group with six more top-15 finishes.

Two weeks ago, as the regular season ended, he was rewarded with a PGA Tour card. It was almost too much to comprehend.

“In a couple of the interviews I did after, when I was asked what it meant to me to reach the PGA Tour,” Gligic said, “I almost cried.”

He’ll finish off the season on the Korn Ferry Tour and then, after a short break, start on the PGA Tour, likely at the Greenbrier. He’s not sure what to expect, but he’s been asking veterans such as David Hearn and Graham DeLaet for tips.

“It’s going to be a little foreign to me,” he said, “but so was the Korn Ferry Tour this year.”

Now that he’s made it to the top rung, he wants to stay there. The hard work that earned him the tour card won’t stop.

Neither will the dreams.