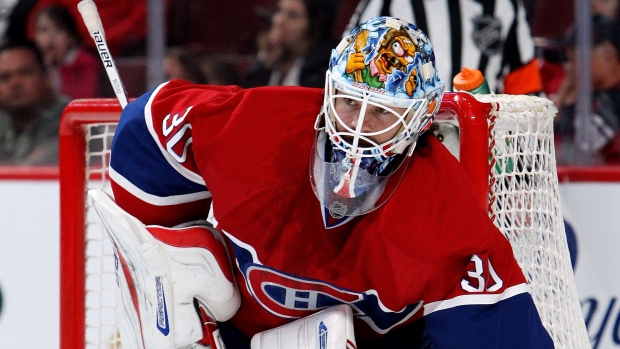 The 32-year-old Slovak netminder was dealt to the Winnipeg Jets Sunday, handing the Canadiens' back-up job to Dustin Tokarski. However, Budaj's agent Rolland Hedges confirmed to RDS that the former Habs back-up requested a trade out of Montreal after the team's Eastern Conference Final loss to the New York Rangers.

In an interview with RDS, Hedges stated that he believes the move to Winnipeg will benefit his client.

"It's a good opportunity for Peter," Hedges told RDS Sunday. "Peter just wanted to go to a team that wanted him."

However, when starter Carey Price went down in Game 1 of the Conference Final, head coach Michel Therrien ultimately gave the crease to Dustin Tokarski, who saw just three games with the Canadiens during the regular season.

Budaj would finish Game 1, saving five of eight shots in the third period, but it was Tokarski that would play the rest of the series. The Canadiens would lose in six games.

With all three netminders in camp, Hedges knew that a move was coming sooner or later for his client.

Still, the opportunity in Winnipeg - where Budaj will begin as a back-up but may even get a chance to start if Ondrej Pavelec can not improve on his .901 save percentage from 2013-14 - came as a pleasant surprise for both agent and client.

"I can't say we were expecting it today, but we were hoping for it," Hedges said. "We expected something to happen in the next few weeks, but you never know at this time of year."

Budaj himself took to Twitter on Sunday night to reach out to the Canadiens fan base.

"Thanks for all the support habs fans. It was a privilege to be part of Montreal Canadiens.... But I am very excited to join the Jets," he wrote.