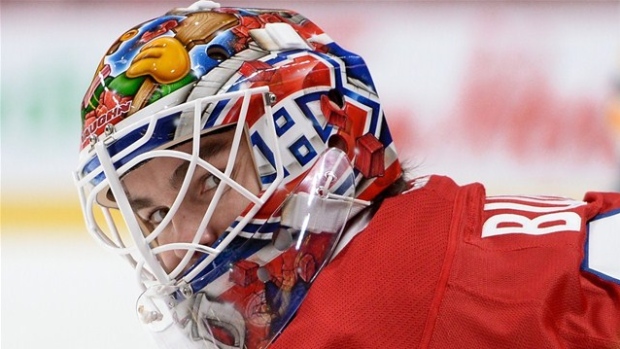 The Winnipeg Jets acquired goaltender Peter Budaj and forward Patrick Holland from the Montreal Canadiens in exchange for forward Eric Tangradi on Sunday.

The 32-year-old was originally drafted by the Avalanche in the second round, 63rd overall, of the 2001 NHL Entry Draft.

Holland is entering his third pro season after spending his previous two with the Canadiens' AHL affiliate, the Hamilton Bulldogs. The Lethbridge, AB, native made his NHL debut on Oct. 22, 2013 in Montreal versus the Edmonton Oilers. He has yet to record a point through five career NHL games.

Holland was originally drafted by the Calgary Flames in the seventh round, 193rd overall, of the 2010 NHL Entry Draft.

Tangradi was placed on waivers by the Jets on Friday. He had three goals and six points in 55 games last season, and has five goals and 15 points in 136 NHL games with the Pittsburgh Penguins and Jets.

A native of Philadelphia, PA, the 25-year-old was selected in the second round, 42nd overall, by the Anaheim Ducks at the 2007 NHL Entry Draft. Prior to joining the Jets, he suited up with the Pittsburgh Penguins.