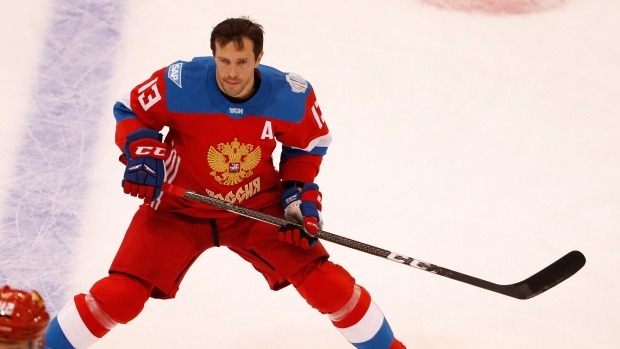 Pavel Datsyuk's agent is leaving the door open for the 40-year-old to return to the NHL after spending the past three seasons in Russia.

Dan Milstein, who represents Datsyuk, told Russia's Match TV that Datsyuk, whose KHL contract is set to expire, is not ready to retire.

"I'll tell you one thing, Pavel is not ready to finish hockey in the coming years," Milstein said, via Google Translate. "So the decision is his - whether to leave for America, whether to play further in the KHL."

Milstein added he believes Datsyuk would have plenty of suitors in the NHL, but a return to the Detroit Red Wings, who he spent all 14 seasons of his NHL career with, could make sense.

"Three years ago, Datsyuk left Detroit on his own," Milstein said. "The same desire can bring him back."

Datsyuk left the Red Wings for the KHL after the 2015-16 season and is in his third season with SKA St. Petersburg. He has nine goals and 34 points in 44 games this season.

Datsyuk had one year left on his contract at a $7.5 million cap hit when he left the NHL. Detroit traded his contract ahead of the 2016-17 season to the Arizona Coyotes, who will own his NHL rights until July 1 of this year.

He won an Olympic gold medal with the Olympic Athletes from Russia in February and hoisted the KHL's Gagarin Cup in 2017.