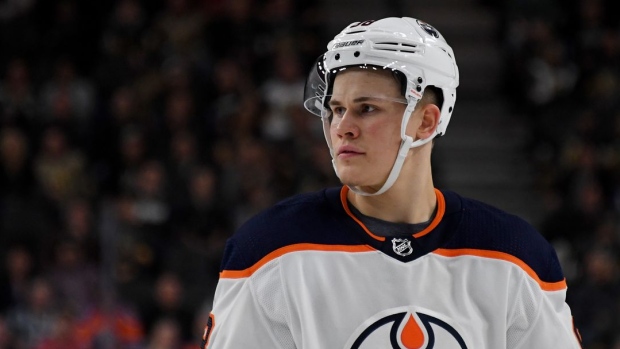 Jesse Puljujarvi's agent, Mark Lehto, said Thursday that his client's No. 1 priority is to play in the NHL next season, but playing in Europe remains an option if the winger is not traded by the Edmonton Oilers.

Lehto told Finland's MTV Sports that a trade remains possible, or even likely, but moving the former No. 4 overall pick for a return that satisfies the Oilers is proving difficult.

MTV Sports reports Puljujarvi will return to Oulun Karpat, who he played for before being drafted fourth overall by the Oilers in 2016, in Finland this season if he is not traded. Lehto would not comment on the report Thursday, but said Karpat is “a good option in Europe.”

Puljujarvi is a restricted free agent this off-season, though Lehto said his trade demand has nothing to do with salary negotiations.

"After all, this is not about money," Lehto said, via Google Translate. "If we wanted the biggest money, then the KHL deal would have been [signed] two months ago."

Puljujarvi has struggled to carve out a permanent role on the NHL roster with the Oilers. His most recent season ended with surgery on both hips in early March. He had four goals and nine points in 46 games before going under the knife. In 139 NHL games, he has 17 goals and 37 points.

Lehto said last month that changes at general manager and head coach have done little to convince the 21-year-old to return to the Oilers.