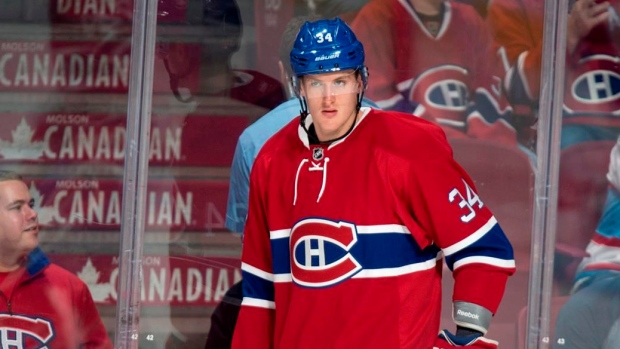 It appears the Montreal Canadiens will soon have their final restricted free agent, forward Michael McCarron, under contract.

McCarron's agent, Wade Arnott, confirmed to La Presse that both sides are finalizing a new deal. La Presse adds the contract will be a short-term deal.

McCarron, 23, appeared in 18 games with the Canadiens and posted one assist. He had seven goals and 24 points in 54 games with the AHL’s Laval Rocket.

Arnott told La Presse his client has not been guaranteed a roster spot with the Canadiens this season.

"Michael is probably in a similar position to last season," Arnott said, per Google translate. "He will show up at training camp without anyone promising anything to him. He will have to go to the Canadiens camp and be able to win a job."

McCarron, a first-round pick in 2013, appeared in a career-high 31 games with the Canadiens in 2016-17 with one goal and five points. In 69 career games, McCarron has two goals and eight points.