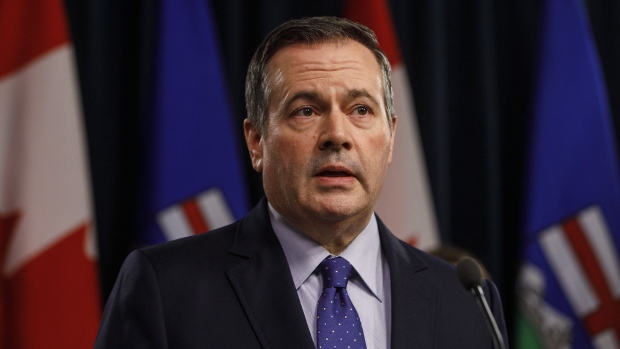 Alberta Premier Jason Kenney sat down with TSN's Ryan Rishaug on Thursday to discuss Edmonton's pitch to be a hub city for the NHL, saying the Oilers' facilities and the city's health record dealing with the COVID-19 pandemic make Edmonton an ideal choice.

What have your conversations been like with the NHL and commissioner Gary Bettman about this region and what has your pitch been?

Kenney: First of all, their main focus has been and should be the safety of players and people who are involved. And there is no safer place in North America to do this than Edmonton. Edmonton has the lowest level of COVID-19 infections of any major city in North America, certainly lower than any other NHL city. We’ve had over the past week a couple, maybe two, new confirmed cases; 50 active cases in the city of more than 1 million people.

And plus, the [Oilers’] facility is like it was purpose-built for this strange scenario. You have the most modern, newest, high-tech rink in the NHL, which was voted the second-best ice surface by the NHLPA. They voted it as the best visitor team experience in the entire league. And attached to it is another NHL-sized ice surface in the community rink. All of this in an enclosed area, attached to a brand new five-star hotel, and another hotel, between them 650 rooms. I just cannot imagine any other city having that perfect purpose-built infrastructure to support the league.

How much convincing does it take for the province to be comfortable that the bubble they want to create will be a safe enough environment in terms of the rest of the general population not being at risk?

Kenney: We’ve been looking at this now for a month and we’ve involved our Chief Medical Officer of Health, the health ministry, Alberta Health Services, and all of the other relevant agencies, networking also with the City of Edmonton, and the Oilers that have been coordinating all of this, and we’re very confident about that.

The one question people are asking about is the Canadian requirement, that we also have in Alberta’s rules, that people travelling here from outside the country have to isolate for 14 days. In our view, we can create an isolation zone for all of those travellers coming in to participate in the NHL playoffs.

There is talk that from a competitive balance standpoint, it wouldn’t be fair for the Oilers to be able to play in their own building, be in their own locker room, be on their own ice. That would give them a measure of home ice advantage. There’s a bit of a push for this from some other teams. Would this still make sense to you if the Oilers and potentially Calgary Flames couldn’t play their games in Alberta?

Kenney: Well I guess the only way to solve that problem for the league is to make sure they don’t play in Toronto because they’re never in the playoffs. I’m just kidding.

I don’t think you can punish good teams. I would say this to the NHL, they darn well better choose at least one Canadian city. I know there’s a big market in the US, but [Canada] is the heart and soul of hockey and I would say that’s especially true of the Canadian prairies, and Edmonton just has that vibe of hockey town. I think it would be a wonderful recognition of this tough, hardworking, northern city that has done so much for the league, and so much for the sport of hockey. It has that history and identity. On top of that, it has the best facilities in the league and happens to be situated in the province with one of the best public health performances in the world dealing with the pandemic. I think the decision is obvious.