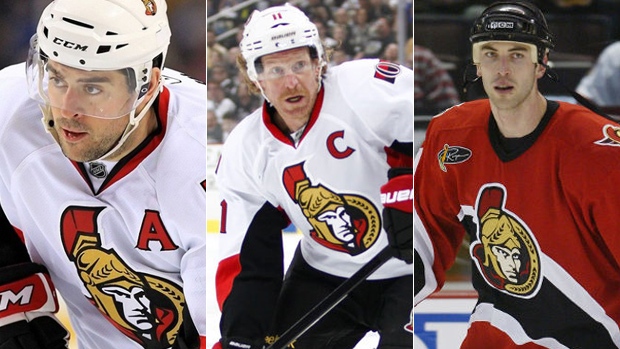 No player has made a bigger impact in the history of the Ottawa Senators than Daniel Alfredsson, who leads off TSN Hockey's list of the Top 25 players in their 25-year history.

Alfredsson, who played for 17 seasons in the nation's capital - 13 of them as captain - helped propel the Senators out of their lean expansion era and into Stanley Cup contenders.

He was the first Senators player to win a major NHL award, capturing the Calder Trophy as rookie of the year in 1996 and also won the 2012 King Clancy Memorial Trophy and 2013 Mark Messier NHL Leadership Award. Scoring 426 career goals and 1,108 points, he also led the Senators to their first Stanley Cup Final in 2007.