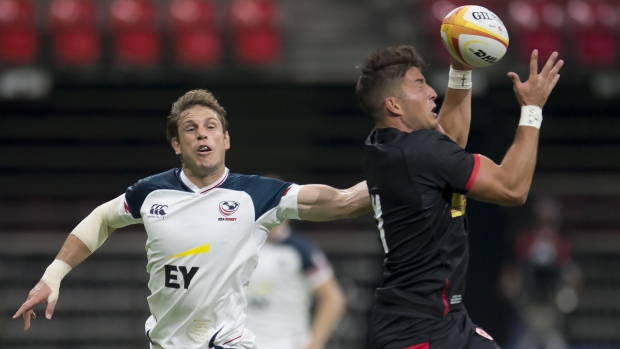 “One game at a time,” Coles said with a smile on Sunday.

He wasn’t being cheeky. He’d just spent two weeks focusing on the massive hurdle that was two-time champion South Africa, and getting over the Springboks 23-13 in Yokohama the night before was immensely satisfying though bruising.

With South Africa out of the way, defending champion New Zealand’s campaign next goes through teams it hardly ever meets: Canada and Namibia.

The All Blacks haven’t played Canada since the 2011 World Cup. They have won all five previous matchups, three at the World Cup.

They met Namibia their only time also at a World Cup, in 2015. The All Blacks put 58 points on the Namibians.

“It’s key for us that we give them the respect they deserve no matter who the team is,” Coles said. “Then it comes back to us about being All Blacks and preparing accordingly. If we can do that, give them respect then worry about us and represent ourselves and our country the right way, then we shouldn’t have a problem.”

Coles said just because those teams aren’t in the top 10 in the rankings doesn’t mean the wins will come easily.

“It’s crucial that we give them respect. They’re at a World Cup and deserve to be at a World Cup,” he said. “If we go in with a 50-50 attitude we won’t have a proud performance. I’m sure the whole team has the same motivation.

“You’ll see guys who didn’t play last night given a chance. They’ll want to go out and make their mark as well, create competition in the squad.”

The All Blacks have an 11-day turnaround before facing Canada on Oct. 6 in Oita, then only a four-day turn before meeting Namibia in Tokyo.

The short turn was put on the All Blacks and other leading teams by organizers after complaints at previous World Cups that Tier Two teams were sacrificed for the Tier One teams because they weren’t given enough recovery time between matches.

Tier One teams had the squad depth to handle short turnarounds, but scheduling was still an issue. The All Blacks are playing four games in 21 days. Of its other Pool B mates, Namibia has 21 days, Italy 20, and South Africa and Canada 17 days each.

Coach Steve Hansen said he will field all of his squad against Canada and Namibia, and some players may double up.

“We’re now in a situation where we control our own destiny with regard to where we’re going to finish in this pool,” he said. “Somebody said we’re having 10 days off but there’ll be a lot of hard work out there which will allow us to put some miles in the bank so when we get to the quarterfinals, we can freshen up a bit.”

While there was a lot the All Blacks could improve on, Hansen and Coles were impressed by the team’s defense against the Springboks.

“We scrambled hard,” Coles said. “They made some really good breaks and Rich (Mo’unga) made an outstanding cover (tackle) on their winger. Just that willingness to get back and make that tackle, and never give up. That’s promising for us.