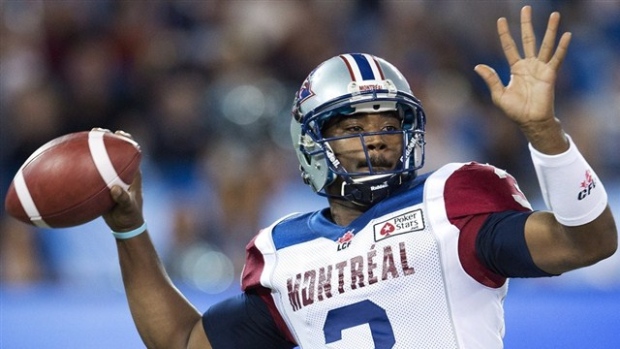 The former Heisman Trophy winner started the Als' first six games before being placed on the six-game injured list. Montreal sputtered to a 1-5 start before Smith was sidelined with knee, ankle and thumb injuries.

The 6-8 Alouettes have struggled to find a steady replacement for Anthony Calvillo, who was a starter for over a decade before retiring last winter.

Jonathan Crompton has been under centre of late. He guided Montreal to a 40-9 win over Saskatchewan last week.