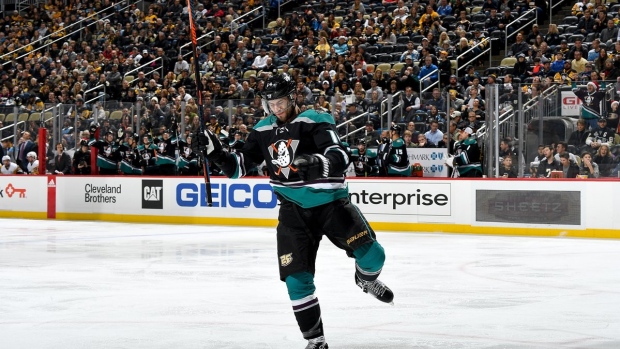 Henrique is in the second year of a five-year deal that carries a cap-hit of $5.8 million per season.

However, he has struggled out of the gate this season with just three goals and one assist in 16 games.

The season before he had 17 goals and 43 assists for 60 points in a league-leading 71 games played.

The 31-year-old began his career with the New Jersey Devils but was traded to the Ducks in November of 2017.

The 36-year-old Nielsen has three assists over 18 games this season with the Red Wings, his 15th season in the NHL.