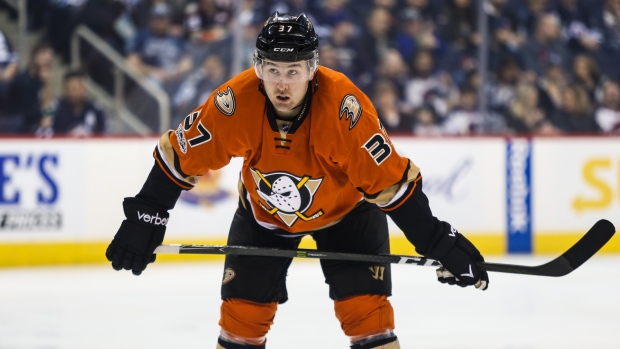 The Anaheim Ducks announced on Sunday that left winger Nick Ritchie will miss the next 6-10 weeks after suffering an MCL sprain during Friday's game against the Washington Capitals.

An update on Nick Ritchie. https://t.co/4MBAbqKh01

"Nick's injury is very similar to Josh Manson's injury, so the timeline is between 6-10 weeks," general manager Bob Murray said in a statement. "The huge variable will be the first two weeks of rehabilitation."

The 24-year-old has three goals and seven assists over 27 games this season, his fifth in Anaheim.

The Ducks selected Ritchie with the 10th overall pick in the 2014 NHL Entry Draft.