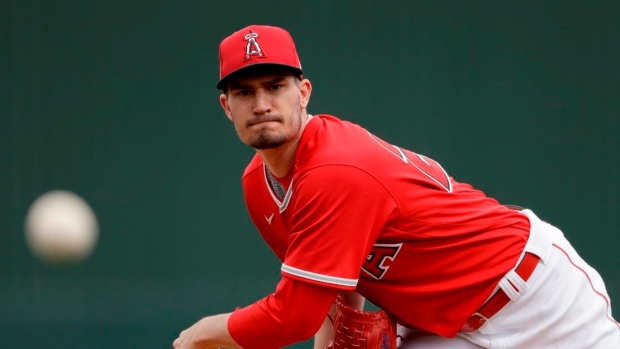 The 29-year-old Heaney will be the Angels' fourth different opening day starter in four years. He went 4-6 last season with a 4.91 ERA and 118 strikeouts over 95 1/3 innings while missing time with injuries to his left elbow and shoulder.

Heaney was the best friend of fellow starter Tyler Skaggs, who died a year ago on the night before a game in Texas.

Heaney led the Angels last season with 18 starts, but their rotation was in shambles, ranking among the majors’ worst in many categories. The Angels became the second team in modern baseball history to have only one pitcher who logged than 100 innings — and that pitcher, opening day starter Trevor Cahill, was dropped from the rotation early in the season for ineffectiveness.

Los Angeles acquired veteran starters Dylan Bundy and Julio Teherán in the off-season to bolster a rotation likely including holdovers Heaney, Griffin Canning and Shohei Ohtani. But while Canning and Ohtani are on track to return from injuries, Maddon's planning has been complicated this week by the absence of Teherán, who still hasn't reported to summer camp for undisclosed reasons.

Maddon said he couldn't provide an update on Teherán's status Sunday, and he didn't know whether the right-hander would be ready to begin the season on time.

The Angels finished 72-90 for their fourth straight losing season and their worst record of the 21st century, but Maddon's arrival along with $245 million third baseman Anthony Rendon has sparked optimism for playoff contention in the truncated major league season. The Halos haven't won a playoff game with Mike Trout and Albert Pujols on their roster.

The Angels have lost six consecutive season openers after winning nine of the previous 10.