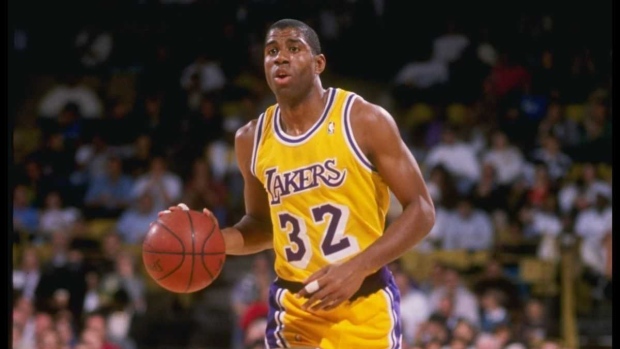 Apple TV+ released the first trailer on Saturday for the upcoming documentary They Call Me Magic, a four-part series based on the life and career of NBA legend Magic Johnson.

Directed by Rick Famuyiwa, the series offers a rare and intimate glimpse of Johnson’s story as one of the greatest basketball players of all time. As the trailer reveals, the documentary will include interviews from fellow NBA superstars such as Michael Jordan, Shaquille O’Neal, Larry Bird, Dwyane Wade and Jerry West as well as President Barack Obama, actor Samuel L. Jackson and rappers Snoop Dogg and LL Cool J​​.

“With unprecedented access, the docuseries explores Magic’s remarkable journey from being the face of the Los Angeles Lakers and cementing himself as an all-time NBA legend, to changing the conversation around HIV, and transforming into a successful entrepreneur and community activist,” said Apple in a press release. “From his humble beginnings in Lansing, Michigan to becoming the global force he is today, They Call Me Magic charts the cinematic life of one of the biggest icons of our era.”

Johnson was one of the NBA’s most decorated players in history leading up to his retirement in 1991 due to his HIV diagnosis. He spent the entirety of his career with the Los Angeles Lakers, where he won five championships and three MVP awards along with making 12 All-Star game appearances. He was inducted in the Naismith Memorial Basketball Hall of Fame in 2002.

They Call Me Magic will debut on Apple TV+ on April 22.