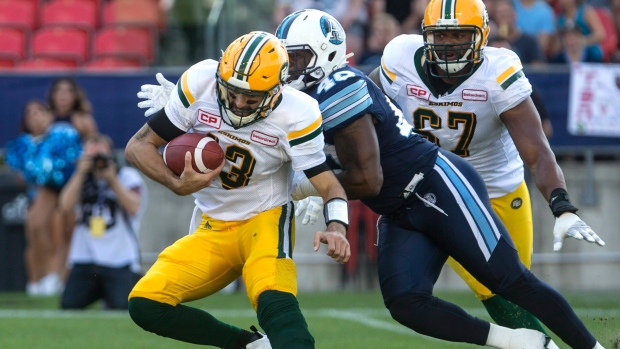 The Toronto Argonauts signed defensive end Shawn Lemon to a contract extension through the 2018 season on Thursday.

Lemon finished this season tied for second in the CFL with a career-high 14 quarterback sacks and five forced fumbles while recording 23 tackles and a fumble recovery.

Lemon originally arrived in Toronto on July 2 via trade with the Saskatchewan Roughriders in exchange for OL Matt Sewell and QB Mitchell Gale. The Argonauts also received a conditional 2018 CFL Draft pick in the deal.

The Argonauts also announced today that the club has signed linebackers Trevonti Barber and Terrance Plummer.