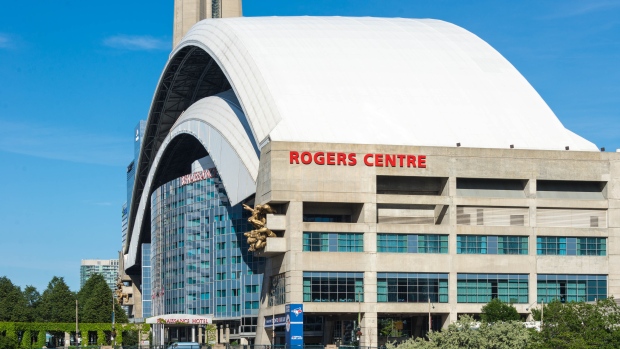 The Argos are scheduled to play four October home games at Rogers Centre and five of their final six regular-season contests there. That includes an Oct. 6 matchup versus the Ottawa Redblacks, which would be the same night of an American League wild-card game.

Heading into action Tuesday night, the Blue Jays held the first wild-card spot. If Toronto remained atop the standings, it would host the wild-card contest.

Argos president Chris Rudge said if the Blue Jays reached the World Series, CFL games scheduled for Oct. 17 (versus Calgary) and Oct. 23 (versus Montreal) would also be displaced.

But Rudge said Tim Hortons Field, which has a seating capacity of 24,000, remains the most likely venue.

"That is probably from a logistics perspective the easiest of the moves," Rudge told TSN Radio 1050. "We have been talking to the Ticats at great length."

Rudge hopes the Argos will be in position Sept. 11 when they host Hamilton at Rogers Centre to announce their contingency plans.

This is the Argos' last year playing at Rogers Centre. They will move to BMO Field for the start of next season.