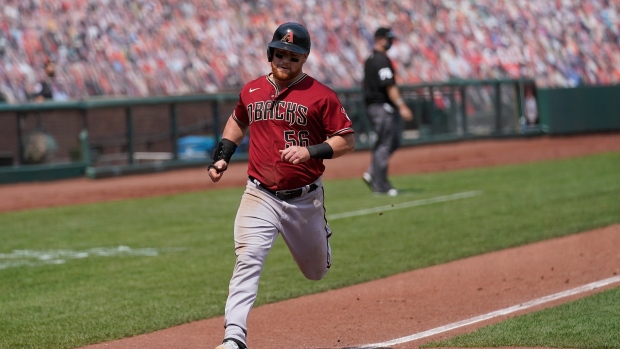 SCOTTSDALE, Ariz. — Diamondbacks starting right fielder Kole Calhoun will have surgery Wednesday on his right knee because of a medial meniscus tear.

Arizona manager Torey Lovullo said on Tuesday that he wasn't sure whether the injury would cause Calhoun to miss opening day on April 1. The manager said the injury occurred during off-season training and nagging pain led Calhoun to have an MRI.

The 33-year-old Calhoun was one of the D-backs' best players in 2020, finishing with a team-high 16 homers. He is entering the second season of a $16 million, two-year deal.

“Obviously concerned," Lovullo said. “I don't want to sugarcoat that, but I know it's going to give an opportunity to some other guys and I'm excited about that as well.”

“We've got some guys who can do it,” Lovullo said. “They're going to get an opportunity. It's up to them to take advantage.”