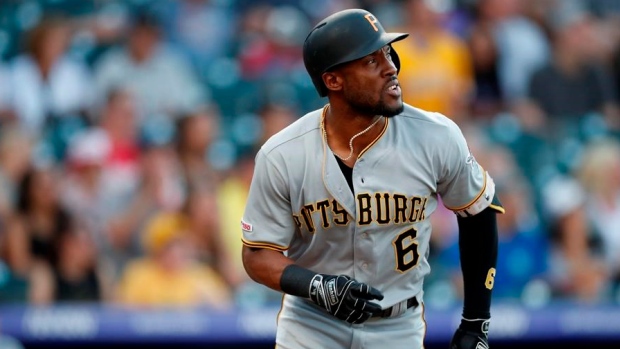 PHOENIX — Arizona Diamondbacks outfielder Starling Marte announced on social media that his wife Noelia has died of a heart attack.

“Today I go through the great pain of making public the unfortunate death of my wife Noelia, due to a heart attack,” Marte wrote on Instagram on Monday. “It is a moment of indescribable pain. On behalf of my family, I am grateful for the expressions of esteem and solidarity in this difficult time.”

“We are deeply saddened to learn of tragic passing of Noelia Marte,” the Diamondbacks wrote on social media. “Starling and his family are part of the D-backs' family and we will do all we can to support him and their children during this incredibly difficult time.”

The 31-year-old Marte has played his entire eight-year big league career with the Pittsburgh Pirates before being traded to the Diamondbacks during the off-season.

The Pirates also responded on social media, saying “the entire Pirates family extend our deepest condolences to Starling Marte and family during this terrible time.”