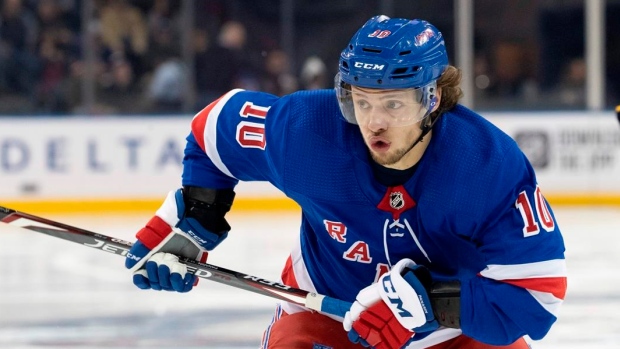 Artemi Panarin is taking a leave of absence.

The New York Rangers announced on Monday that the 29-year-old winger will be stepping away from the team for an unspecified amount of time amid allegations in Russia of an assault in 2011 that both the player and the team vehemently deny.

“Artemi vehemently and unequivocally denies any and all allegations in this fabricated story," the team said in a statement. "This is clearly an intimidation tactic being used against him for being outspoken on recent political events. Artemi is obviously shaken and concerned and will take some time away from the team. The Rangers fully support Artemi and will work with him to identify the source of these unfounded allegations.”

Panarin has been an outspoken critic of Russian president Vladimir Putin.

The Korkino, Russia native is in his second campaign with the Blueshirts after signing a seven-year, $81.5 million deal with the team in the summer of 2019. In his first season with the Rangers, Panarin notched 32 goals and 63 assists and was a finalist for the Hart Memorial Trophy, given to the NHL's most valuable player, finishing in third place behind winner Leon Draisaitl of the Edmonton Oilers and Colorado Avalanche forward Nathan MacKinnon.

In 14 games this season, Panarin has five goals and 13 assists.

Signed as an undrafted free agent by the Chicago Blackhawks in 2015, where he played his first two seasons, Panarin is in his sixth NHL season, having also spent time with the Columbus Blue Jackets.