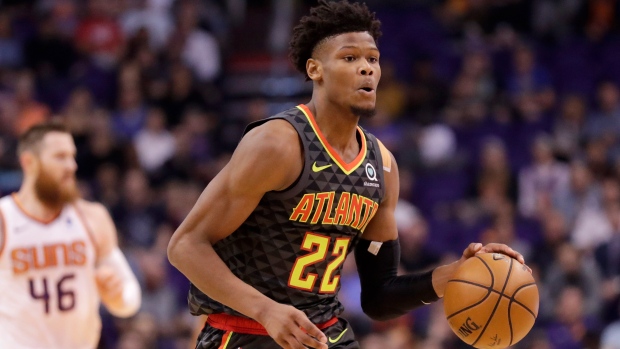 Atlanta Hawks forward Cam Reddish had a nonsurgical procedure on Monday after missing six games with soreness in his right Achilles.

Reddish was placed in a walking boot following the procedure at Emory Sports Medicine Clinic. His status will be updated in about one week.

Reddish, a second-year player from Duke, is averaging 11.2 points in 26 games, including 21 starts. He is only one of a long list of injured players that helped to derail the first half of Atlanta's season, leading to the firing of coach Lloyd Pierce on March 1. Nate McMillan was named interim coach.

Atlanta won its final two games under McMillan before the All-Star break and is 11th in the Eastern Conference at 16-20.

On Friday, the Hawks announced forward De’Andre Hunter will miss at least two more weeks but has stepped up his rehabilitation from right knee surgery. He had surgery on Feb. 8.