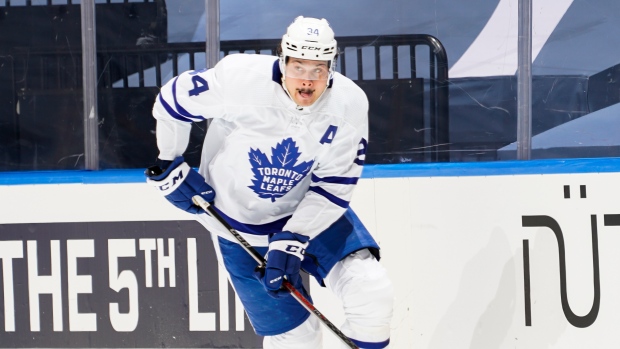 A number of key injured players for the Toronto Maple Leafs skated on Friday, but Auston Matthews wasn't one of them.

The centre missed practice due to a hand injury, and the team is listing him as day-to-day.

Leafs centre Auston Matthews (hand) will not practice today and is listed as day-to-day.

"The good news is, it's not structural. It's more soreness. It's believed to be a minor issue, something that he's been dealing with and that he recently aggravated." TSN Hockey Insider Darren Dreger said Thursday night on Insider Trading.

Frederik Andersen, who has missed two straight games due to a lower-body injury, was on the ice ahead of Leafs' practice.

Joe Thornton, and Jake Muzzin, who have also missed the last two games with a lower-body injury, skated with the team.

With Matthews sitting out, John Tavares is skating in the middle with Thornton and Mitch Marner on his wing.