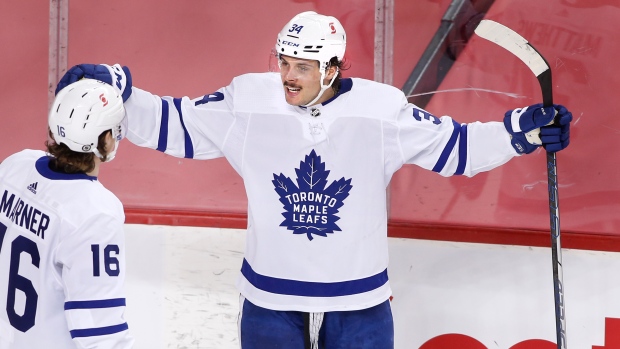 The Lady Byng Memorial Trophy is presented annually to the player "adjudged to have exhibited the best type of sportsmanship and gentlemanly conduct combined with a high standard of playing ability."

Matthews, who won the Maurice "Rocket" Richard Trophy this season after finishing with a league-high 41 goals, received 10 penalty minutes in 52 games. That was the second-fewest penalty minutes among the NHL's top 25 scorers, behind only the New York Rangers' Artemi Panarin.

Slavin averaged 22:59 of ice time per game and took only one minore penalty all season, for delay of game (puck over glass). That was the fewest penalty mintues among all skaters who averaged at least 20 minutes of ice time and played a minimum of 10 games.