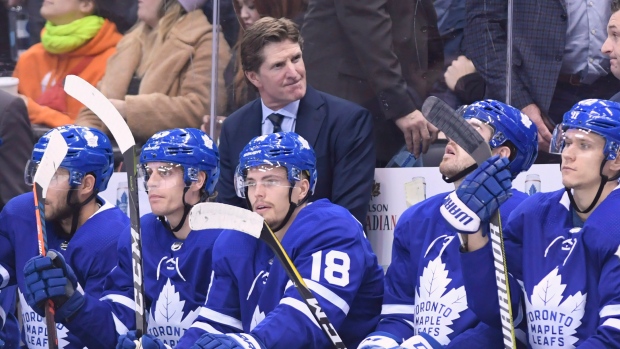 Toronto Maple Leafs head coach Mike Babcock said it was his assumption the team would be getting both Auston Matthews and William Nylander back at some point next week.

Mike Babcock on potential of getting Matthews & Nylander back next week: "It's my assumption we're getting both back"

Matthews has been out with a shoulder injury since late-October. The timeline for the injury was four weeks.

Nylander meanwhile, hasn't played for the Leafs all season. The restricted free agent has until the December 1 deadline to sign a deal a contract with the Leafs or he will have to sit out the entire 2017-18 season.