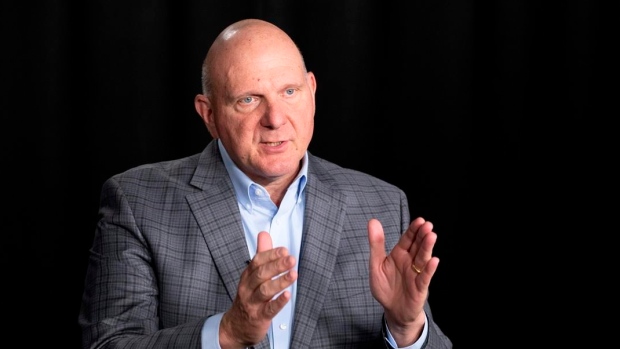 Los Angeles Clippers owner Steve Ballmer is buying the Forum for $400 million, ending the billionaire's legal fight with the Madison Square Garden Company and clearing the way to build a new arena for his NBA team down the street in Inglewood, California.

Ballmer announced his cash purchase of the venerated arena Tuesday. Ballmer, the former Microsoft executive, and Clippers vice chairman Dennis Wong are making the transaction through CAPSS LLC, a newly formed entity that will continue to operate the Forum as a live music venue.

“This is an unprecedented time, but we believe in our collective future,” Ballmer said. “We are committed to our investment in the City of Inglewood, which will be good for the community, the Clippers and our fans.”

Apparently fearing competition for concerts and other big events, MSG has been aggressively attempting to thwart Ballmer's desire to build a state-of-the-art, 18,000-seat home for the Clippers just a few blocks down Prairie Avenue from the Forum. The two arenas would be separated only by the lavish SoFi Stadium complex being built by Los Angeles Rams owner Stan Kroenke.

MSG, which bought the Forum for a reported $23.5 million in 2012, has sued the Inglewood city government, California Gov. Gavin Newsom and the state Legislature in its various attempts to slow the approval process for Ballmer's privately financed arena project, which is currently undergoing environmental review.

The Forum purchase abruptly wraps up the litigation fight and allows the Clippers to move ahead on their goal to open a new arena when their Staples Center lease expires in 2024. The Clippers currently share the downtown arena with the Los Angeles Lakers and the NHL's Los Angeles Kings.

Ballmer wants to build a $1.2 billion arena on 28 acres of land just south of the SoFi Stadium complex. The addition of the Clippers' new project would put four significant arenas — SoFi Stadium contains a 6,000-seat performance venue in addition to the main football stadium — within one mile of each other on Prairie Avenue.

Ballmer said the Forum and the Clippers' new arena will be able to co-ordinate event schedules while under the same ownership, mitigating the impact of so many people in such a small area of the Los Angeles suburbs.

Chris Meany, a principal in the development company overseeing the Clippers' new arena project, acknowledged the importance of traffic management in the deal.

"While we have gone to great lengths to provide an unprecedented traffic-management plan for the new basketball arena, this acquisition provides a much greater ability to co-ordinate and avoid scheduling events at the same time at both venues,” he said.

MSG revitalized the once-Fabulous Forum, which had fallen into disuse after the Lakers and Kings left for Staples Center in 1999. The building was famously home to the glitzy “Showtime” Lakers, who won five championships and reached eight NBA Finals during the 1980s. Kobe Bryant began his 20-year Lakers career in the arena.

MSG spent a reported $50 million on renovations to the arena and re-opened it as a well-regarded venue primarily used for major concerts and combat sports.