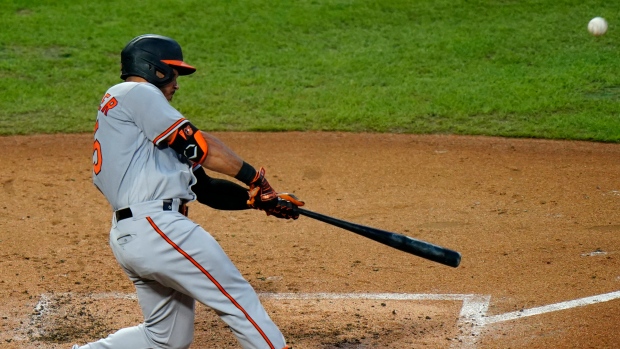 MIAMI — Baltimore Orioles right fielder Anthony Santander had to be helped off the field after he sprained his left ankle in the first inning of Tuesday's game at Miami.

X-rays were negative, and an MRI was planned.

Santander singled and was hurt returning to first base on a pickoff throw. He was replaced by Austin Hays, who was activated before the game after being sidelined since April because of a right hamstring strain.