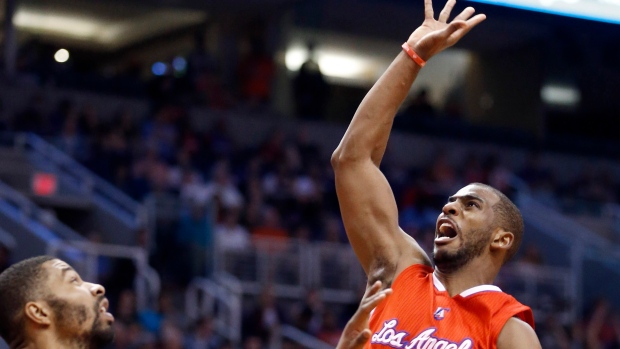 LOS ANGELES, Calif. - Injured Chris Paul will start for the Los Angeles Clippers in Game 3 against the Houston Rockets on Friday night.

Coach Doc Rivers confirmed before the game that Paul will make his series debut after missing the first two games of the Western Conference semifinals because of a strained left hamstring. The series was tied 1-1.

Rivers said Paul had a good workout a day earlier.

"We really pushed him," he said. "He looked good, but still it's not the game. That's where early on I'll still watch because this injury is just one of those injuries that scared the hell out of me."

Rivers will monitor Paul's minutes and watch him closely for any clues that his injury bothers him.

Earlier Friday, Matt Barnes had said that Paul would play.

"He said he's playing tonight," Barnes said. "You hope he's ready. His game is such stop-and-go and such an integral part of our team. I hope he can stay healthy throughout the game. We'll see what he has in store for us."

Paul injured his hamstring helping the Clippers close out defending NBA champion San Antonio in seven games in the first round. Austin Rivers, the son of Doc Rivers, started the first two games against the Rockets in place of Paul.