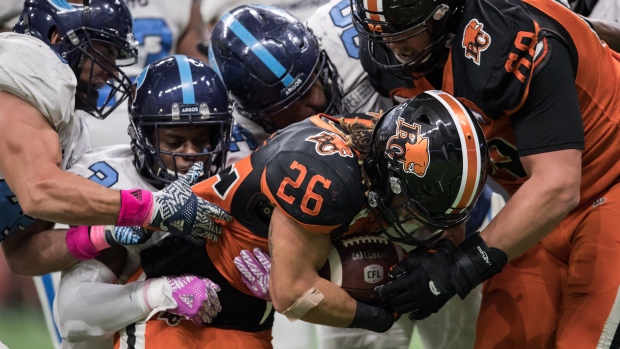 The BC Lions announced on Friday that Canadian running back Jamel Lyles and American linebacker Dyshawn Davis have re-signed with the team. Both were eligible to become free agents in February.

Another 🔒'd up on each side of the ball!#BCLions re-sign RB Jamel Lyles and LB Dyshawn Davis. Welcome back fellas 🦁

Lyles, 24, was selected in the eighth round of the 2019 CFL Draft. The Surrey, B.C. native played seven games after being promoted to the active roster, rushing 11 times for 86 yards. Lyles earned West Rookie of the Year honours at the University of Manitoba in 2015.