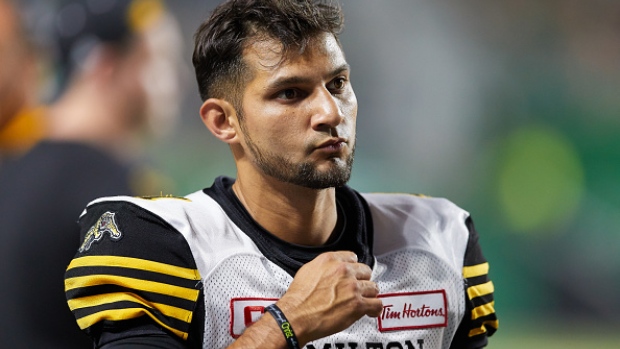 The BC Lions have signed American kicker and punter Sergio Castillo.

🚨TRANSACTION 🚨#BCLions have signed K/P Sergio Castillo. The Texas native has appeared in 20 @CFL games and made 87 per cent of his FG attempts.

A Texas native, Castillo has spent the last three seasons with Winnipeg, Ottawa and Hamilton in the CFL. Castillo is 39 of 47 on field goals, and 25 for 27 on extra point attempts in 20 regular season games. The 28-year-old gas punted 114 times at an average of 45 yards per attempt.

ʺSergio is a veteran kicker who brings significant experience and skill to an important position on our team,” said GM Ed Hervey. “We look forward to seeing how all of our kickers perform during the next couple weeks of camp.ʺ

Castillo attended West Texas A&M University and had a short stint with the Atlanta Falcons in 2014.