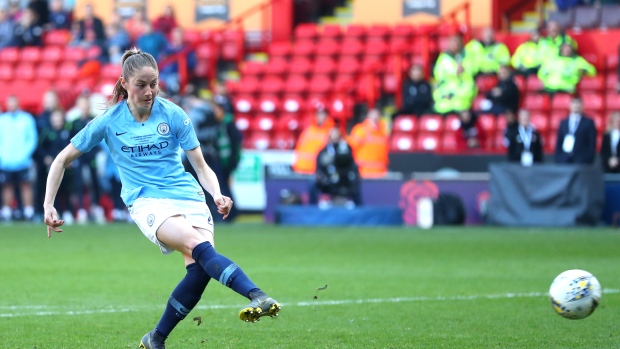 The game at Bramall Lane went to penalty kicks after a goalless 120-minute draw during which Beckie, coming off the bench in the 65th minute, hit the crossbar twice.

The Man City men will hope to make it a weekend to remember when they play Chelsea on Sunday in the Carabao Cup final.