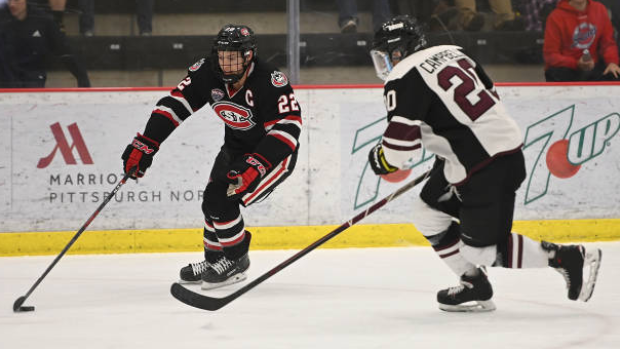 The Vancouver Canucks are looking to dive into the college free agent market for defensive help.

General manager Jim Benning told the Vancouver Province on Thursday that the Canucks, who have former NCAA free agents Chris Tanev and Troy Stecher on their blueline, are keeping an eye on the College playoffs.

"We’d like to do more on the back end,” Benning said. “There are guys we’re watching and following and we’d like to sign one more. Some we’d like to be in on are still playing and when their teams lose out - and those players turn pro - we want to be in on the process.”

The Canucks also signed 2017 first-round pick Quinn Hughes to his entry-level contract earlier this week after Michigan's season came to an end and Benning said 2016 third-round pick Will Lockwood is expected to make a decision on whether to turn pro next week.

Ben Kuzma of the Province notes the Canucks could have openings on the blueline next season with Alex Edler and Ben Hutton in need of new contracts and speculates that Derrick Pouliot and Luke Schenn won't return to the team.