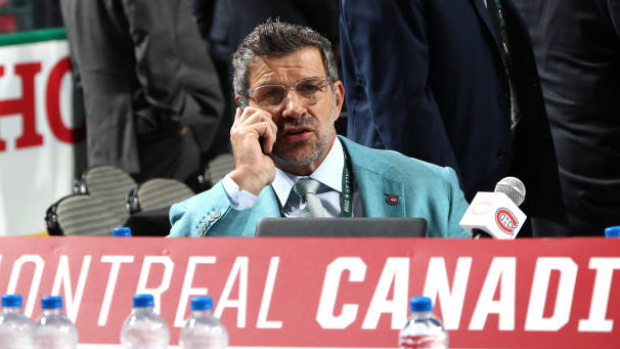 It's been six years since the NHL last saw a player signed to an offer sheet, and Montreal Canadiens general manager Marc Bergevin believes the draft lottery may be to blame for the disappearance.

Bergevin told TSN Hockey Insider Pierre LeBrun in article published to The Athletic that teams at risk of missing the playoffs are unwilling to risk non-lottery protected draft picks to sign a restricted free agent.

“Maybe one of the reasons it hasn’t been done in a long time is because with the draft lottery the way it is now, the bubble teams, those could be lottery picks,’’ Bergevin said. “That player makes you better but does it make you that much better where you know you’re going to be a shoo-in to make the playoffs?

"With the lottery system including all the teams now that miss the playoffs, all the teams have a chance (at a top pick), that might be making teams a bit more nervous. And I mean, the elite teams don’t have the cap space to make that offer sheet. So it really comes to the bubble teams. I think that’s one of the reasons you don’t see it as much now. I mean, a team can go from 15 to 2 in the lottery now.’’

The NHL has a draft lottery system since 1995, though up until 2012 a team could not move up more than four spots. In 2015, the league revamped the system, allowing every team who missed a playoffs at least a one per cent chance at the top selection. In 2016, the lottery expanded to the top three picks, meaning the last-place team in the league could fall as far as the fourth overall pick, instead of second as had been the case since 1995.

No team has signed a restricted free agent to an offer sheet since the Calgary Flames inked Ryan O'Reilly on Feb. 28, 2013 - a contract that was matched by the Avalanche and kept the centre in Colorado. The offer sheet that saw a player change teams came in 2007 when the Edmonton Oilers plucked Dustin Penner away from the Anaheim Ducks.

Bergevin, who is scheduled to have $16.9 million cap space with the Canadiens this off-season, told LeBrun he won't offer sheet a player simply for the sake of causing cap problems for another club.