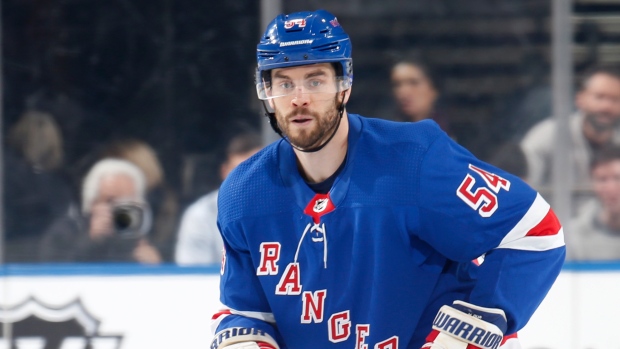 The New York Rangers have dealt veteran defenceman Adam McQuaid to the Columbus Blue Jackets in exchange for defenceman Julius Bergman, a fourth-round pick and a seventh-rounder in this year's draft.

McQuaid to CBJ for a 4th and 7th

A native of Charlottetown, PEI, McQuaid has appeared in 36 games for the Blueshirts this season, scoring three goals and adding two assists.

McQuaid, 32, was in his first season with the Rangers, acquired in the summer from the Boston Bruins, the team with whom he spent the first nine years of his NHL career.

He is in the final year of a four-year, $11 million deal signed with the Bruins in 2015 and is now the sixth pending unrestricted free agent on the team's NHL roster. In addition to Artemi Panarin and Sergei Bobrovsky, the team has added Matt Duchene, Ryan Dzingel, Keith Kinkaid and now McQuaid over the past four days.

The trade also leaves the Blue Jackets with just two draft picks in this year's draft, their own third-rounder and Calgary's seventh-round pick.

After trading for McQuaid, #CBJ have just a 3rd-round pick and Calgary’s 7th-round pick in this June’s draft. Might not even have to fly Vancouver.

For his career, McQuaid has appeared in 498 games and has scored 15 goals and added 56 assists.

He has also appeared in 68 postseason contests and was a member of the Bruins’ 2011 Stanley Cup-winning team.

Bergman, 23, was traded to the Blue Jackets last week with Matt Duchene. He has six assists in 33 AHL contests this season.