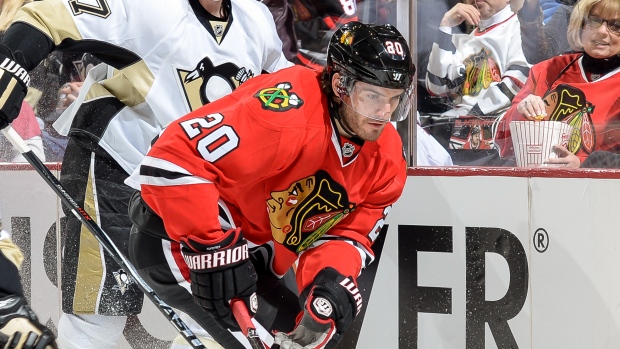 Saad, 22, was acquired from Chicago earlier this week. He will be with the Blue Jackets through the 2020-2021 season, and is expected to play on the team's top line alongside centre Ryan Johansen.

Saad, who was vacationing in Myrtle Beach, South Carolina when the contract was finalized, said: "I've been excited ever since the trade happened, and really just hoping to get it done as soon as possible. At the end of the day, I couldn't be more excited to get something done and get the season going."

He set career highs with 23 goals and 29 assists in 82 games last season. He then had eight goals and three assists in the playoffs, helping Chicago to its third NHL title in six seasons.

"I've been sitting by the phone a little bit, waiting to get something done," Saad said. "I'm enjoying vacation, obviously, it's nice to be around the beach and the sun, but at the same time it's always in your mind. You want to get things done and be on a team and be excited to go, so that's been a little bit stressful, but I couldn't be more excited now."

"(The Blue Jackets) have a lot of talented guys, and I know from playing against them how hard they work and the type of system they play," Saad said. "They're tough to play against. Their talent and skill on top of that makes them lethal, and I'm happy to be part of the team now."