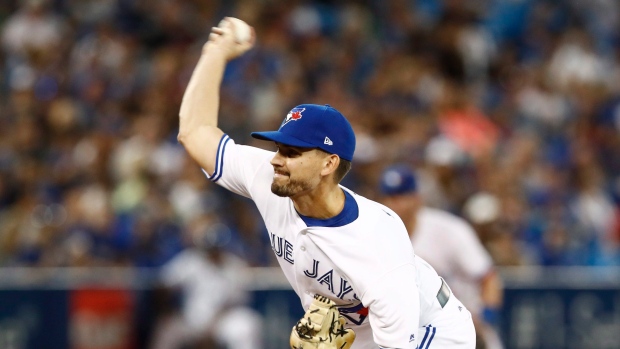 Taylor Cole's big league career didn't start off the way he wanted it to last week, but he might get another shot.

The Blue Jays have brought the relief pitcher back on a minor league deal. He was released by the club on Monday.

In his only big league appearence, Cole went one inning and surrendered four earned runs. To make matters worse, he suffered a broken toe in the game.