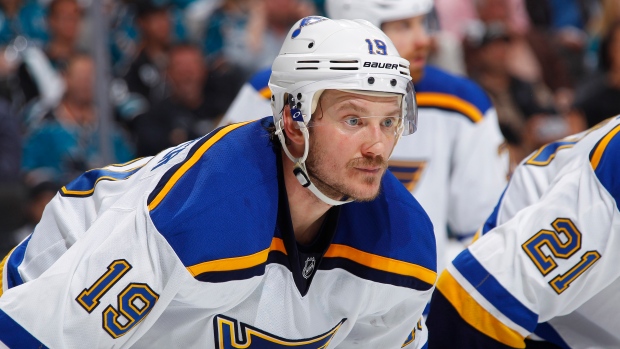 The Blues announced Monday Bouwmeester will be sidelined for four-to-six months due to surgery on his left hip. Bouwmeester appeared in just 35 games with the Blues this season due to injuries and first started feeling pain in his hip in early December.

As Jeremy Rutheford of The Athletic points out, Bouwmeester's recovery timeline - which will take him into training camp - precludes him from being bought out by the club. Bouwmeester has one season remaining on his contract at a $5.4 million cap hit and Armstrong is hopeful the 34-year-old will return to the ice next season.

“Our hope is to get the surgery done now and we’ll get an update after the surgery on exactly what they find in there,” Armstrong told Rutherford. “But we’re hoping that within four to six months that he’ll be able to resume playing… He’s still an elite skater in our game, and if the hip responds to the surgery, I think he’s got time left.”

The 34-year-old scored two goals and had five assists while averaging 20:08 of ice time in 35 games this season. He missed the first six weeks of the season due to an ankle injury.