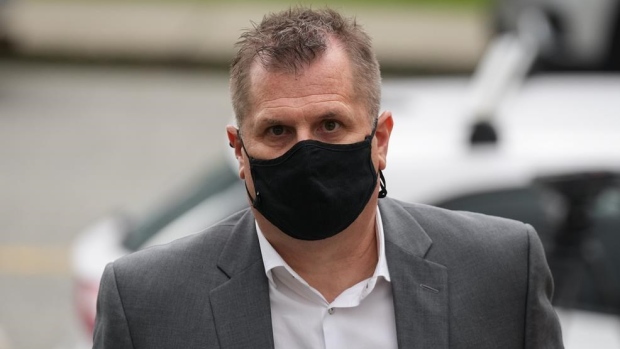 VANCOUVER — A woman says a former coach of the Vancouver Whitecaps and Canadian national youth teams stole the sense of purpose she got from the game when he sexually assaulted her.

The former soccer player, whose identity is protected by a publication ban, says in a victim impact statement that she met Bob Birarda in the 1990s when she was a teen and made the provincial team, which she considered a "huge accomplishment."

“Never did I think this was actually an opportunity that you would use to groom me to fulfil your selfish sexual needs. You made me feel like it was my fault,” she says in the statement.

It was one of four such statements read aloud in a B.C. provincial court Wednesday by Crown prosecutor Linda Ostry at a sentencing hearing for Birarda for sex crimes.

Birarda pleaded guilty in February to three counts of sexual assault and one count of sexual touching. The offences, involving four different people, took place between 1988 and 2008.

Each of the cases involved Birarda's interactions with soccer players who were under 18. They typically began with phone calls about soccer, where he complimented them on their talent, and then the calls turned sexual. In one case, he convinced a teen to come to his home, where they had sex. In another he insisted on giving a young woman a massage even though she resisted and he then took off her shirt and bra.

In two cases, he was the young women's coach at the time of the offences. In the other two, Ostry told the court, he maintained a position of authority as a prominent figure in the soccer world.

Ostry told Judge Deanne Gaffar that the Crown is recommending a jail sentence of two years less a day,a cumulative sentence for the offences, plus three years' probation.

The Crown also asked for a DNA sample, a mandatory 10-year firearms ban and, if a jail term is ordered, a non-communication order for each of the victims.

Birarda's defence team has not yet responded in the sentencing hearing.

He was dismissed by both the Whitecaps and Canada Soccer in October 2008.

The court heard Birarda was in his early 20s in the late 1980s and early 1990s at the time of two of the offences against teens.

In another case, he was 39 when he told a 17-year-old he was in love with her and called her 18th birthday "E-Day" or Ecstasy Day.

The teen told police that she didn't want to encourage Birarda and didn't want anything physical to happen, but worried about the repercussions if she said no.

"She believed that Mr. Birarda had the ability to influence and make or break her soccer career," Ostry said.

At the time, he was head of the women's Whitecaps coaching and was the assistant coach for the national team. He knew coaches across the country and in the United States. And university recruiters who considered the young woman for their teams were referred by Birarda, she said.

Birarda sat silently in court as Ostry detailed his offences. He often looked down at his hands as he listened, at one point nodding when Ostry said he put his own needs before those of the teens he was to mentor.

Ostry told the court that Birarda has said what he did is "not OK," and that he cannot forgive himself.

He has a hard time understanding how he could have hurt people so badly and does not take issue with the criminal process against him, she said.

I think I'm rightfully being judged for my behaviours, Birarda said, according to Ostry.

Claims that Birarda acted improperly with women who played for the Whitecaps and were part of Canada's under-20 talent pool prompted hundreds of fans to walk out of several Whitecaps games in the spring of 2019 over the club's handing of the allegations.

The team's co-owner Jeff Mallett issued an apology in May 2019 to the women involved and thanked them for coming forward.

The charges were updated in February.

Major League Soccer announced last November that it had hired lawyers Janice Rubin and Melody Jahanzadeh to conduct an independent review of how the Whitecaps dealt with misconduct allegations against Birarda.

A date for Birarda's defence team to make submissions on sentencing is expected to be set on Tuesday.