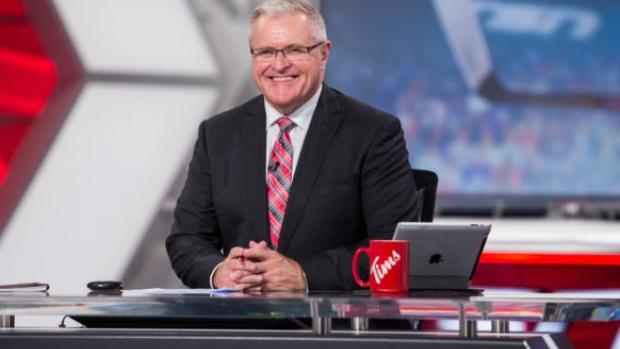 With the puck dropping on the new hockey season, Canada’s Sports Leader announced today that TSN Hockey Insider Bob McKenzie has signed a five-year contract extension that will see him continue to keep hockey fans informed across all TSN platforms through the 2024-25 season.

In the 2019-20 season, McKenzie will continue to do what he’s been doing for more than 30 years at TSN – being the most-trusted news and information voice in the hockey community, and a ubiquitous presence across TSN platforms.

Starting next season, McKenzie will evolve his role at Canada’s Sports Leader while continuing to focus his industry-leading analysis on TSN’s coverage of the World Juniors, TSN Draft Ranking specials, select LEAFS ON TSN games, and, of course, TRADECENTRE, FREE AGENT FRENZY, and more.

“I’ve been in the hockey media business for 40 years, more than 30 of it at TSN, and I could not be more proud, honoured, and excited to know I’m going to continue to be part of the TSN family for so many years to come,” said McKenzie. “This is home for me. I couldn’t imagine being anywhere else.

“I can’t wait to get started on this new season of doing the same all-encompassing Hockey Insider work I’ve been doing for decades,” added McKenzie. “I’m also looking forward, beyond this season, to maybe slowing down a little. This contract extension allows me to do that but ensures I’ll continue to have a prominent role and continued presence on TSN.”

“Bob McKenzie sets the bar that makes TSN’s hockey coverage the best in the business,” said Nathalie Cook, Vice-President, TSN. “Bob’s encyclopedic hockey knowledge, deep connections in the industry, and consummate professionalism make him a model of excellence for our entire organization, and we could not be more thrilled to have him with us at TSN for years to come.”

Famous to Canadians for delivering breaking news and analysis punctuated with wit and wisdom from his more than 40 years’ experience covering hockey, McKenzie is the definitive authority on the hockey world. Using his unparalleled contacts, combined with an abundance of hockey knowledge and a genuine love for the game, McKenzie has earned a reputation as the most-informed, most-trusted, and most-connected journalist in the business. In 2015, McKenzie was recognized by the Hockey Hall of Fame with the prestigious Elmer Ferguson Memorial Award for excellence in hockey journalism.

McKenzie is Twitter’s #1 choice for breaking news and analysis of the biggest stories in the game. With more than 1.6 million followers, McKenzie is the most followed media personality in Canada.