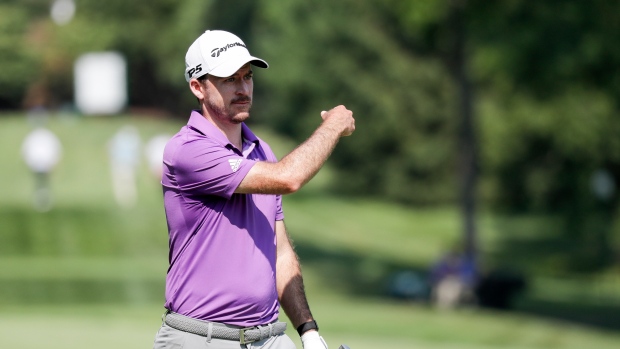 Nick Taylor got the new year off to a good start with a six-under 67 in the opening round of the Sentry Tournament of Champions. It left the Canadian in a tie for third, two shots off the lead shared by Harris English and defending champion Justin Thomas.

“I played really well,” said Taylor. “I feel like I didn't make a bunch of putts, it was just I took advantage of the par-5s. I hit some nice shots pretty close and my putter was solid. I wasn't lights out, but it was a really good round.”

Taylor was bogey-free on his day and made birdies on three of the four par-5s at the Plantation Course at Kapalua. The only one he wasn’t able to birdie was the 18th when he misfired on his second shot, hitting it just 95 yards.

“I just topped it,” he admitted with a smile. “It is a difficult shot. It's not that difficult, but from where I was, I don't know if I was trying to do too much or just – obviously I came out of it – but I thought I probably might have been in the hazard. It actually was like 15 yards short of it, so I got a little break there and made a nice par.”

Taylor got entry into the year’s first tournament thanks to his victory at last February’s AT&T Pebble Beach Pro-Am, his second on the PGA Tour. The event is a perk usually reserved for tournament winners but due to the cancellation of 11 events because of the pandemic, this year’s field also includes players who finished inside the top 30 in the final standings of the FedEx Cup.

He and his family spent Christmas at home in Abbotsford, B.C., and arrived in Hawaii more than a week before the opening round, in part to enjoy a bit of sunshine and also to get his game into shape.

Most of his practice rounds were played in the stiff breezes that usually blow over the Hawaiian course but on Thursday, the wind laid down somewhat and Taylor was able to take advantage. He missed just one fairway and hit 15 or 18 greens in regulation.

The 32-year-old has been adjusting to life on the PGA Tour in the pandemic as well as with a child. He and wife, Andie, and son Charlie, who turned one in October, were separated for much of last season but it will be different this year.

“It's obviously been a crazy 10, 12 months,” said Taylor. But to have them out here to start the year, they weren't out at all in the summer and did kind of a little in the fall, but it's nice to start out together and we'll do this stretch as a family and that's what's important, so it's been fun.”

The second Canadian in the field, Mackenzie Hughes, posted an even-par 73 and is tied for 37th.