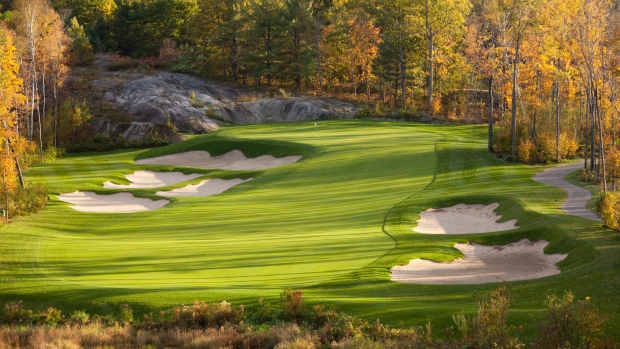 To anyone who plays the game, it’s evident what golf is. And also what it is not.

To those who are not golfers, it’s not so clear.

That’s become evident in the back-and-forth as golf’s stakeholders and enthusiasts try to convince the Ontario government to allow the sport to be played during the third wave of a pandemic.

First off, golfers know what the sport is. It’s a relatively harmless activity at a time when COVID-19 has prevented us from enjoying many others. It can be played outdoors over a large area with proper social distancing and protocols. If there was ever a diversion that met the requirements for safety, golf is it.

Scientists and doctors have backed up this claim, saying that while the risk of spreading COVID is not zero, it’s so close that the benefits outweigh the negatives.

Experience also shows this to be true. Last year, there were approximately 22 million rounds of golf played in Ontario. There was not one reported case of spread from those who teed it up.

There is also evidence that golf can be beneficial for mental health. For so many who are shuttered in their homes, golf is a chance to go out, get some fresh air, see some people you haven’t seen for eons, stretch the legs and hit a few balls.

Understandably, most who play golf can’t understand why courses, along with tennis courts, basketball courts, pickleball courts, boats and even using picnic tables in parks are all forbidden activities.

Support has grown for this to change. Petitions have been signed, protests have been staged and mayors and councillors of many municipalities have called on the Ontario government to lift the ban. Organizations with a vested interest in the game are hard at work, trying to free courses.

Representatives from Golf Ontario, the PGA of Ontario, Golf Canada and the National Golf Course Owners Association, working together under the umbrella of We Are Golf, have met with government officials to try and convince them that golf is something that can be done with little risk.

So far, the government refuses to yield from its original ruling. Its argument is that it wants to limit mobility; that is people moving from one region to another. That’s not much of an issue for private courses where members are generally close, but it is for green fee tracks.

What the government doesn’t want is Jim, John, Jane and Joan getting in the car and driving from Toronto to Niagara Falls to play. The logic is that the virus doesn’t travel, people carrying it do.

Undaunted, We Are Golf has gone back to individual courses with a survey to try and find hard data that proves this inter-region travel is minimal.

In the meantime, a good part of social media is screaming at Premier Doug Ford for his poor decision to close recreation facilities and his lack of communication on when or if he might change his decision.

Another vocal section wants these outlets to remain closed until the province slows the transmission rates. That’s a legitimate concern, to be sure.

But also, in all this screeching is a label once again thrust upon golf of what it is not. Many who don’t support golf’s opening – or, seemingly, golf itself – ride out the tired old trope that the sport is solely for wealthy white folks. In their minds, everyone who plays golf looks and acts like Judge Smails.

Sure, there are people with large bank accounts and big houses and fancy cars who play golf. But they are in the minority. A survey a few years back shows that only eight per cent of Canadian golfers are members of clubs.

It’s an identity crises golf had long before the pandemic made it fashionable to use it as a weapon.

The vast majority of players in Ontario frequent the walk-up-and-pay-your-green-fee type of courses. These folks are from every background, gender, colour, religion, age and walk of life. In my time, I’ve played regularly with a lineman for Toronto Hydro, a lobster fisher and his son, a plumber, a pilot, a bus driver, a farmer and a barber. None of these folks would fit into the top bracket on the income tax table.

Is golf expensive? Sure, it can be, but no more so than hockey or biking or fishing or any sport for that matter and no one seems to suggest they are only for elites.

Since the closure of the golf courses in Ontario, I’ve heard from a senior who plays nine holes twice a week at a small course with three of his friends. All but one live alone. They also used to meet regularly at the Legion, but since those are closed, golf is their only opportunity for a social outing of any kind.

I’ve heard from a father who plays at a Toronto municipal course with his two young sons. They love the outing and the chance to do something together.

“My kids are dying to get out there again,” he said. “It’s something we can do together and there’s not much of that these days.”

These are regular Canadians who just want to play golf. To try and put everyone in Canada who golfs into one small bucket labeled as elite is like saying everyone who eats at a restaurant is elite. Some folks dine at a burger joint and some at a fine dining establishment, but they’re all enjoying the meal.

Right now, no golfer is appreciating the closure of the courses. It’s frustrating and unfathomable. The trouble is, no one is quite sure if and when it will change.