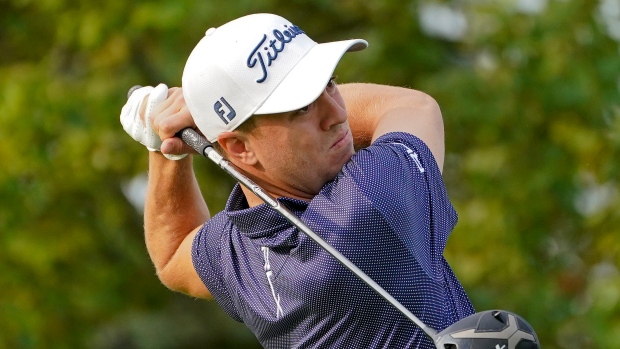 The AT&T Byron Nelson has pulled together a solid field considering it’s the week before a major championship. Four of the top 10 in the world are playing including the guy on top, Scottie Scheffler, and nine of the top 20. It’s the second year the tournament is being held at TPC Craig Ranch. Last year, the players went deep with the winning score of K.H. Lee coming in at 25 under. Expect more of the same this time, especially if the winds a gentle.

Top Picks
Justin Thomas +1300
Thomas has done pretty much everything except win so far this season. He’s recorded four top-10 finishes in his last seven starts and is currently second in birdie average on the PGA Tour as well as sixth in scoring average. He also leads the tour in par-4 scoring average and is third in par-5 scoring average. Would love to break the winless streak ahead of the PGA Championship.

Sam Burns +1900
Runner-up here last year, Burns has already logged two wins this season. He comes into the tournament continuing to play solid golf. He’s currently seventh in birdie average and 10th in Greens in Regulation. He’s also finished on the positive side of SG: Putting in his last four individual starts. Coming in fresh after taking the last two weeks off.

Mid-Range
Will Zalatoris +2100
Is Zalatoris the best active player without a win? Certainly feels like it at times. So far this year, five top-10 finishes in 13 starts, including the Masters where he was tied for sixth. His putter has been his weak link so far this season although he had a great week on the greens at Augusta National where he finished fourth in putting. He’s a local boy, making his home in Dallas.

Talor Gooch +4100
Grew up playing in the Texas winds, which won’t hurt him this week. Has been inside the top 21 in four of his last five starts and leads the tour in eagles with 15. He is fourth in three-putt avoidance making just 13 in 990 holes played.

Dark Horses
Adam Hadwin +4600
Three top-10s and a tie for 26th in his last four individual starts. He’s been par or better in his last 16 starts, aside from the team event in New Orleans. The Canadian sits 23rd in birdie average making a total of 228 so far this year and he’s played his last 131 holes without a three-putt. Comes in after two weeks off so he should be well-rested.

Jhonny Vegas +5000
His last four starts have been T27, T4, T8 and T15 so clearly Vegas has found some good form. Hasn’t won since the 2017 RBC Canadian Open and would love to end the dry spell. To do that he’ll need to keep playing well with the putter. His putting has been one of the keys to his improvement going from 146th in SG: Putting last year to 99th so far this year. He’s also 21st in SG: Approach, a key stat on this week’s course.