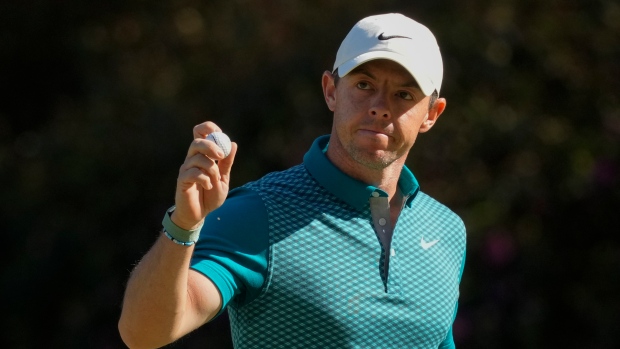 The PGA Championship returns to Southern Hills Country Club for the first time since 2007, however it is a significantly different course, having been renovated by Gil Hanse. While there are plenty of changes, the players will still have to deal with a hard course with sloping greens and gnarly rough.

Weather could also play a factor this week as gusting winds will blow over the course making it tough to pull the correct club. The winds are also expected to change direction for the weekend adding to the challenge.

In general, my focus has been on players who are good ball-strikers -- off the tee and into the greens -- while also keeping an eye on those who are coming in with some recent form. Here are the players I’ve identified as having the best chance to hoist the Wannamaker trophy on Sunday.

It might be fair to say that McIlroy is as confident going into a major as he has been in a long time. Coming off a brilliant 64 in the last round of the Masters along with a solid fifth-place finish at the Wells Fargo Championship, his game – especially his putting -- looks solid throughout. He also has the second-best scoring average on the PGA Tour, showing consistency in his tournament play. Perhaps more than anything, he seems to have found a happy place on the golf course and that can go a long way in a major championship.

Cantlay’s last two tournaments produced a playoff loss to Jordan Spieth at the RBC Heritage and then a win when he teamed with Xander Schauffele in New Orleans. Overall, he’s had six top-10 finishes in 10 starts this year. That’s led to him having the 10th best scoring average on tour so far, much of it a result of his silky short game, both on and around the greens. As good a player as he is, Cantlay has just a pair of top-10s in majors, his best a tie for third at this tournament in 2019. To say he’s due for a better finish is an understatement.

Homa has won twice this year, including in his last start at the Wells Fargo Championship in challenging weather conditions. He’s also been inside the top 17 in five of his last six starts. Homa is 12th in Strokes Gained: Total and has a decent putting mark sitting 28th in Strokes Gained: Putting. More than just about any player on tour, Homa seems to thrive on the enjoyment of the challenge, and there’s no doubt there will be plenty of that this week.

Southern Hills requires players to hit fairways and to hit greens, and not many players do that as well as Conners. His precision off the tee and into the greens means avoiding the frustrating rough and keeping the ball on the proper spot on the putting surfaces, which is the key to playing well here. His short game? It’s at the point now where it’s fair to say it’s underrated. He was on the positive side of Strokes Gained in both Putting and Around the Green in his last three starts, including the Masters

A second and a third in his last two starts have raised the expectations on Young who has four top-10 finishes this season. He ranks second in Strokes Gained: Off the Tee which should be a key stat at Southern Hills. He also has the ninth-best scoring average on the PGA Tour at 69.915. All this makes him a good pick for a top-10 or top-20 finish.

Bradley has logged four top-10s in his last six starts, including a runner-up finish at the Wells Fargo Championship his last time out, where he led the tournament in Strokes Gained: Putting. He has also played his last 112 holes without a three-putt. His tee to green game is solid and the 2011 PGA Championship winner sits 24th in scoring average. His play and his odds make this a very attractive pick.