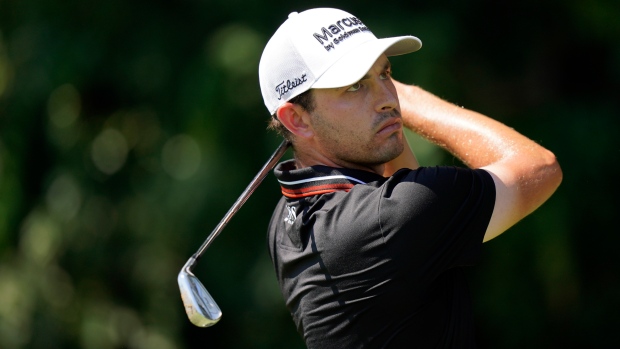 The theme of this week’s stop on the PGA Tour is somewhat like that of a limbo dance: How low can you go?

The event is played over three California courses: La Quinta Country Club, PGA West Nicklaus Tournament Course; and PGA West Stadium Course. The latter of this trio will be the only one used more than once and will host the final round for the low 65 players and ties.

Once known – and still referred to by many – as the Bob Hope, the event is a pro-am that was shortened from five rounds to four a decade ago.

Since that time, every winning score has been at least 20 under. Last year’s winner, Si Woo Kim, finished up at 23 under.

Here are some of my best bets to win The American Express.

Rahm won this tournament in 2018 and followed it up the next year with a tie for sixth. He missed last year but in the interim, of course, he’s become the No.-1 ranked player in the world. He’s coming in off a runner-up performance two weeks ago at the Sentry Tournament of Champions. Although it’s only based on six rounds, (two from a missed cut at the Fortinet Championship last September). Rahm sits in second place in Strokes Gained: Total, a good indication that all parts of his game are still firing.

The runner-up in this tournament last year at 22 under, Cantlay set the course record at the Stadium Course, firing a final-round 61. A year prior, he finished tied for ninth and in those two events he’s a remarkable 40 under and has totaled 51 birdies. He’s only made one start so far this season, that coming at the Sentry Tournament of Champions, where he finished fourth at 26 under. His all-around game is obvious when looking at the Strokes Gained categories where he finished inside the top 30 in all six last season.

In his last two starts in this tournament, Finau has logged a tie for fourth and a tie for 14th. In the latter start, he posted a 62 on the Nicklaus Tournament Course, which equalled the course record. Finau started his new year with a tie for 19th at the Sentry Tournament of Champions, a mediocre start but not surprising considering the passing of his father-in-law just prior to the tournament. He is ready to get back to work this week and return to the form that saw him win in the FedEx Cup playoffs.

A tie for 11th and one for 21st were the two highlights in three appearances at the American Express for Power. But we like him more for his recent play which included a tie for third at last week’s Sony Open where he posted a couple of 65s on the weekend. In a tournament where it’s a requirement to make a lot of birdies, Power shines. He’s second on the PGA Tour this year in total birdies with 130.

After a year that saw him make swing changes that resulted in a late-season scramble to stay inside the top 125, Hadwin is ready to get back to being closer to the top of the FedEx standings than the bottom. This is a good spot to kick that off. Starting in 2016, the Canadian had a great run here with finishes of tied for sixth, second, tied for third and tied for second. His 2017 finish included a round of 59 at La Quinta Country Club. He tied for 32nd here last year but with more confidence in his game, he’s likely to perform better than that this time out.

In his last three starts at the American Express, Thompson has two top-10 finishes as well as a missed cut, so there’s a little bit of unpredictability surrounding his feast-or-famine results. But he’s been a steady hand so far this season, making the cut in all six starts. Last week, he shot 63 in the first and final rounds for a tie for fifth at the Sony Open.