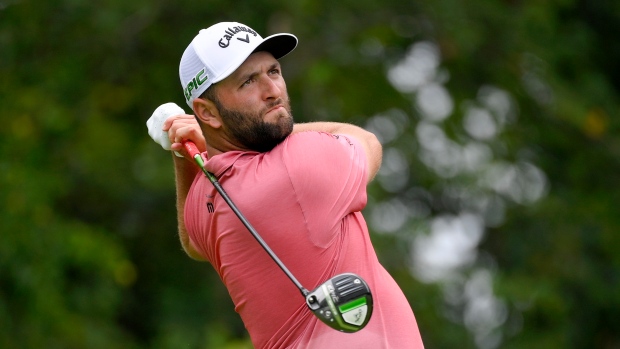 With the Tour Championship bringing the field size down to just 30 players, this week’s Pick Six is actually going to be diminished, too.

I’m going with just three selections that you can consider in the PGA Tour’s FedEx finale.

With the staggered handicap-like scoring system in play for the third time, it makes the chance of picking a winner about the best you can get over the elongated season.

However, with $15 million to the winner, there is still bound to be plenty of movement from the motivated players.

In 2019, eventual winner Rory McIlroy started the week at 5 under and five shots back of the lead. Last year, Dustin Johnson started in the lead at 10 under and won the title by three.

Here are my picks to win the season-ending Tour Championship.

The world rankings don’t lie: Rahm is the best player in the world right now and has shown it for most of the year. He’s finished in the top 10 14 times in 21 starts. Rahm also has a great record at East Lake having gone 4-T12-T11-T7 the last four years. So far he’s logged a third and a tie for ninth in the first two playoff events. He starts the week four shots off the lead, which he can make up easily.

The defending champion has had a frustratingly inconsistent last few months. He’s gone T8-MC-T10-MC-T6 in his last five tournaments. The same is true in looking at his finishes at East Lake where he was first last year but T29 the year before that. However, last week Johnson showed some form with a T6 in Strokes Gained: Total. On the greens he was especially good on the weekend where he was plus 3.2 and 3.5 Strokes Gained: Putting. He’ll need more of that as he has seven shots to make up on top spot.

Starting six shots off the lead, English has ground to make up. However on the positive side, there are only five golfers ahead of him. English has been impressive all season long, with two victories and consistent play week after week. He will need to make a lot of birdies to catch the leaders and thankfully that’s something he’s good at, ranked ninth on the PGA Tour in birdie average. He also has some extra motivation to play well as it’s his last shot to impress Ryder Cup captain Steve Stricker to add him to the team.