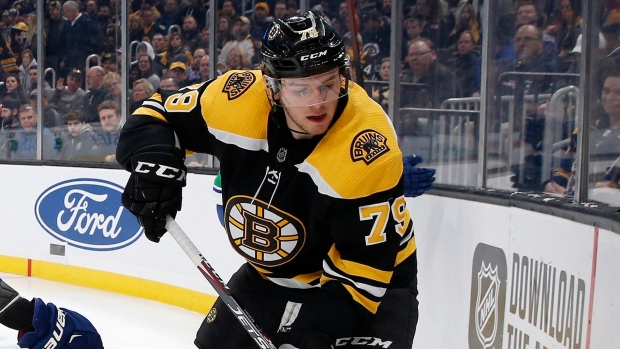 Boston’s Jeremy Lauzon has been suspended for two games for an Illegal Check to the Head on Arizona’s Derek Stepan. Video explanation to follow shortly.

Lauzon received a match penalty late in the first period after delivering a high hit on Stepan against the boards in the Coyotes end of the ice.

Stepan left the ice after receiving treatment from the medical staff.

The penalty was reviewed and confirmed to be a five-minute major and a match penalty.

Lauzon has appeared in seven games this season for the Bruins and has one goal and plus-2 rating.

Boston went on to win the game 4-2 and will have a quick turnaround Sunday as they play at 12:30 p.m. ET Sunday in Detroit against the Red Wings.