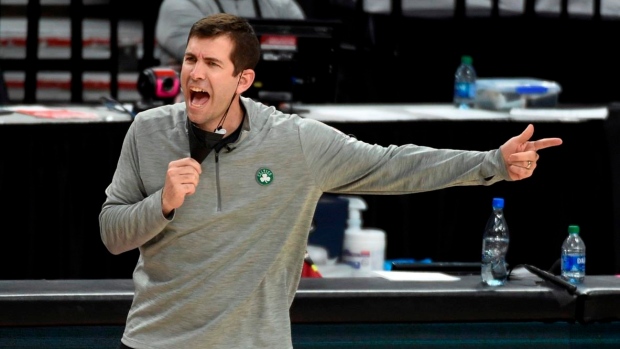 BOSTON — Brad Stevens says he wasn’t close to leaving the Boston Celtics for the coaching job at Indiana University.

In fact, he says he never received an offer.

ESPN reported earlier this week that Indiana was prepared to offer the 44-year-old Stevens a seven-year contract worth $70 million. A native of Indiana who took Butler to back-to-back NCAA championship game appearances in 2010 and 2011, Stevens was a top candidate for the Hoosiers job after Archie Miller was fired last month. Former NBA coach Mike Woodson was hired on March 28.

He said whether it was an open college or another NBA job, he believes he owes it to those who hired him in 2013 to be the Celtics coach “to stay the course.”

Stevens is 349-272 in his eighth season with the Celtics. He’s taken Boston to the playoffs in six of those seasons, taking it to the Eastern Conference finals three times. He has a 37-36 overall record in the post-season.

The Celtics entered Monday 31-26 and tied with Atlanta for the fourth-best record in the East.