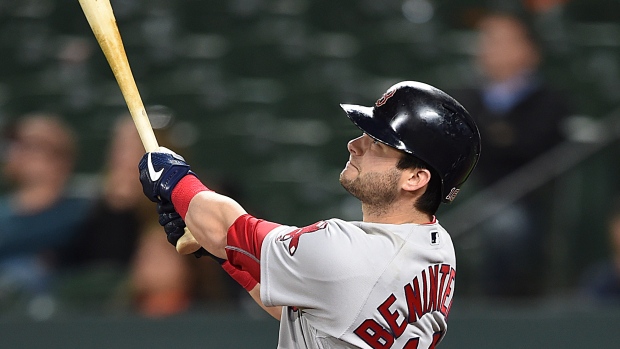 BOSTON — The Boston Red Sox placed outfielder Andrew Benintendi on the 10-day injured list on Wednesday with a right rib cage strain and recalled right-hander Ryan Weber from their alternate training site to take his spot on the roster.

Weber, 30, made the opening day roster this season for the first time in his career. He has made three starts, going 0-2 with a 9.90 ERA. He allowed two runs in three innings in Boston's 5-3 victory over Toronto on Friday.