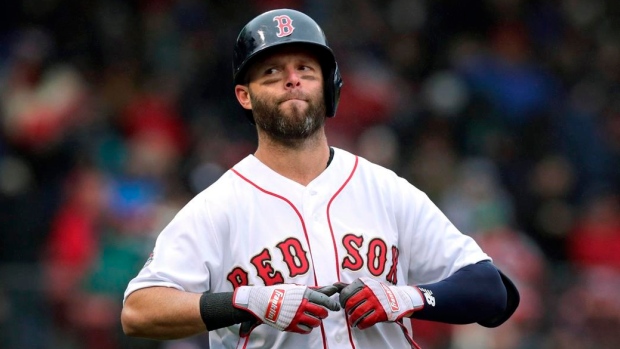 The Red Sox made the move while claiming right-hander Phillips Valdez off waivers from the Seattle Mariners.

The 36-year-old Pedroia has played just nine games over the last two seasons. The four-time All-Star has spent the time trying to recover from an injury he sustained when Baltimore's Manny Machado slid spikes-high into his left knee in May 2017.

Pedroia has two years and $25 million remaining on his contract.

"When a guy just ages and then he's not as good, that part's easy to see. But not a guy who has an injury and because of it has not been able to perform," Roenicke said at the time. "That part is really difficult."

This was the third straight spring the Red Sox were hoping Pedroia could return to the lineup. They signed infielder José Peraza to a one-year contract in December, and Michael Chavis also plays second base.

Pedroia is the longest-tenured player on the Red Sox roster. He was AL Rookie of the Year when Boston won the 2007 World Series, was AL MVP and the next season and helped the Red Sox win another title in 2013.

Pedroia had surgery after the 2017 season and admitted to rushing back the next year. He played in only three games in late May before going back on the injured list as the Red Sox posted a franchise-record 108 wins and another crown.

The 28-year-old Valdez made his major league debut last season. He was 0-0 with a 3.94 ERA in 11 relief appearances for Texas. The Mariners claimed off waivers from Texas in November.